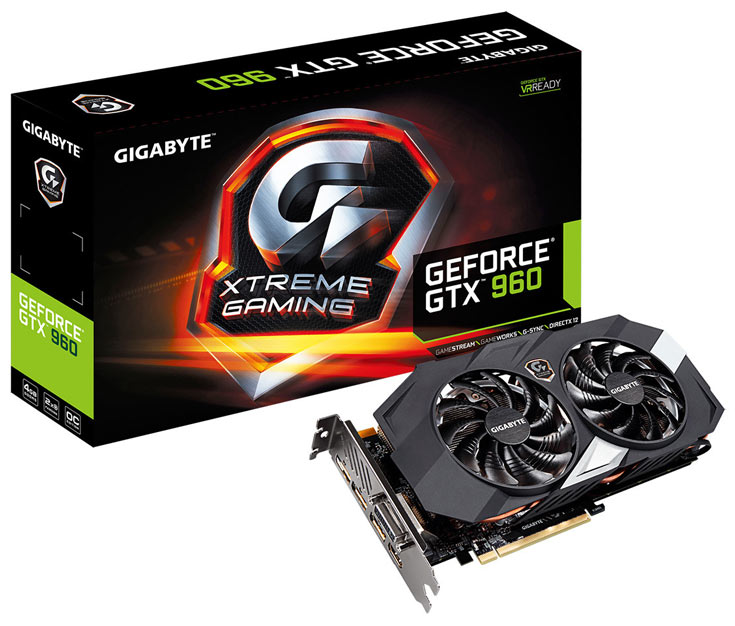 The Taiwanese company Gigabyte has presented a new GeForce GTX 960 card that comes with 4 GB of installed memory and a completely backlit PCB. The card is known as GV-N960XTREME-4GD and comes with a printed circuit board that has been designed from the ground up by Gigabyte.

The new video card has its GPU clocked at 1304 MHz (1367 MHz in Turbo mode), compared to NVIDIA’s specifications, which call for 1126 MHz and 1178 MHz, respectively. The memory of the card operates at 7000 MHz, which means it has not been factory overclocked. The N960XTREME-4GD is cooled by a WindForce 2x cooler, which includes copper heat pipes, a massive aluminum heat sink and two 90 mm cooling fans. The card has a company logo that has been backlit, which is also true for the cooling fans and users can choose among 16.8 million colors. The card gets power from one 6-pin power connector and another 8-pin connector. In the back users will find three DisplayPort 1.2 connectors as well as one Dual-link DVI-I and another HDMI 2.0 port.

There’s no information how much the new N960XTREME-4GD by Gigabyte costs.