It is more than clear that soon enough the DDR4 memory standard will succeed the popular DDR3 memory that has been with us since year 2008. DDR4 is not only faster but also needs less power and right now it enjoys special attention by major memory makers, which try to impress potential customers with extraordinary DDR4 memory modules.

Hynix is not an exception – the popular Korean memory maker has made news by announcing it has the capacity to manufacture and release DDR4-2133 memory modules with the staggering capacity of 128 GB. These memory modules will be made on 20 nm tech process and will make use of a special memory technology that increases memory density. Despite the huge capacity the memory will fully comply with the DDR4 specifications and will need just 1.2 V to work properly. Mass production of this memory will commence in H1 2015.

It is likely, however, that this memory will make it in servers first before touching desktop computers. There are two problems that must be overcome before you build your first PC with 128 GB of DDR4 memory – you must first get a motherboard with support for such memory modules and then their price must fall down a bit as this memory is likely to be very expensive at launch.

Today, Skype announced that it is providing users with a greater amount of sharing and collaboration than ever before. Skype’s latest free feature, screen sharing, is now widely available for both Mac and Windows users. It allows callers on Skype to easily share what is on their screen, simply...

US high-end gaming hardware maker Razer has introduced the latest company gaming laptop named Blade Pro. The new company product features a 17.3-inch display and really powerful hardware designed to meet the demands of any game on the market well into the future. Razer has... 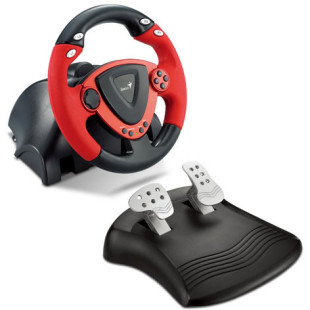 Genius  a brand division of KYE Systems Corp.,  announced the extension of their racing wheel line with the introduction of the TwinWheel FF, a force feedback gaming wheel developed for race enthusiasts who want a true-to-life experience when taking their turn at the wheel. The TwinWheel FF...