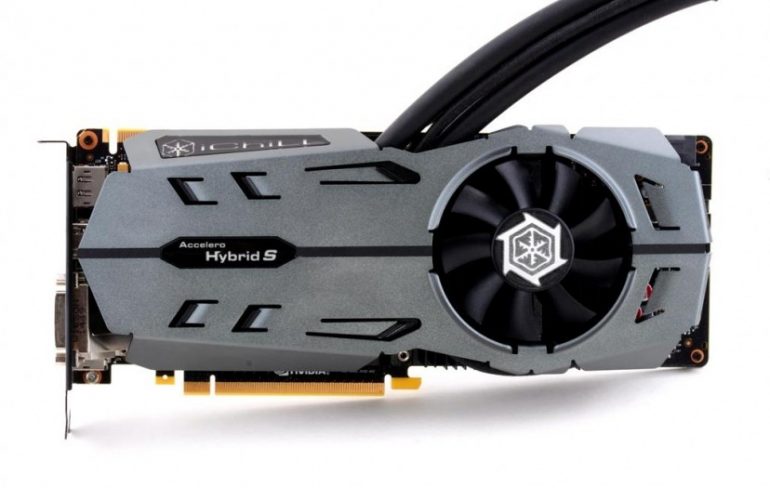 The maker of video cards Inno3D has presented two new rather interesting GeForce GTX 980 and GTX 970 video cards with the iChill prefix. The iChill word in the brand name stands for the interesting Black Series Accelero Hybrid S cooler, which happens to be an integrated air and liquid solution in the cooler after-market. Thus users will get the benefits from both air and liquid cooling and Inno3D claims the iChill GeForce GTX 980 and iChill GeForce GTX 970 offer 200 per cent better cooling performance and 9 times lower noise levels than other GTX 980 and GTX 970 cards that offer the standard NVIDIA cooler. In addition the Black Series Accelero Hybrid S cooler has an integrated active fan that cools the RAM chips and VR inside the video cards. The cooler is also simple to use and is maintenance-free.