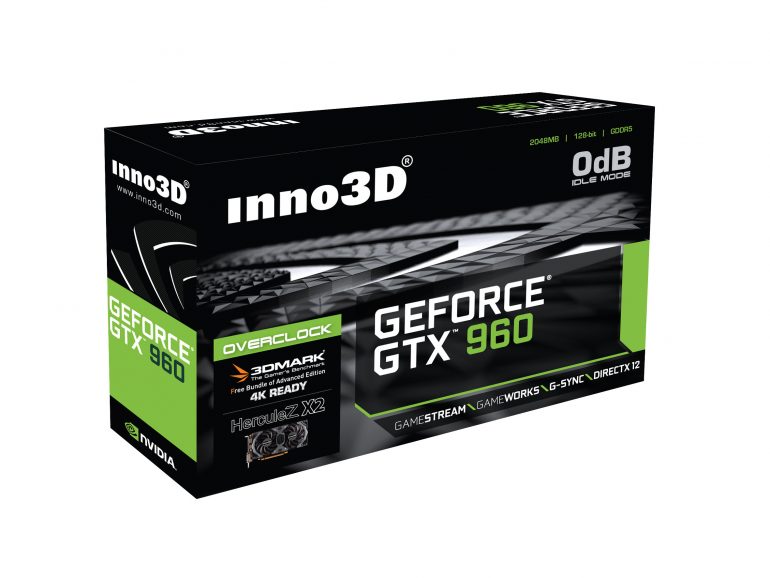 As it usually happens a certain graphics card maker publishes all the specs of an upcoming card and after some time we get it in one form or another. Then a bit later we get enhanced models with improved specs. In most cases the bait that is to attract more customers is more memory and, in fact, we have just gotten one more such card.

The new enhanced model comes from Inno3D in the form of a GeForce GTX 960 video card with 4 GB of on-board GDDR5 memory. Usually the GTX 960 comes with 2 GB of memory but this is not the case with this Inno3D card.

Unfortunately the exact tech specs of the new card have not been listed just yet so we do not know the clock speeds of the GPU and the installed memory. What we know is that the 4 GB GTX 960 comes with a HerculeZ X2 cooler with two fans that can power down when the card is in 2D mode only and bring fan noise to zero.

The price of the card is unknown as of now too but it appears that the new Inno3D product is for real. We also expect other GTX 960 cards from other manufacturers any time soon.