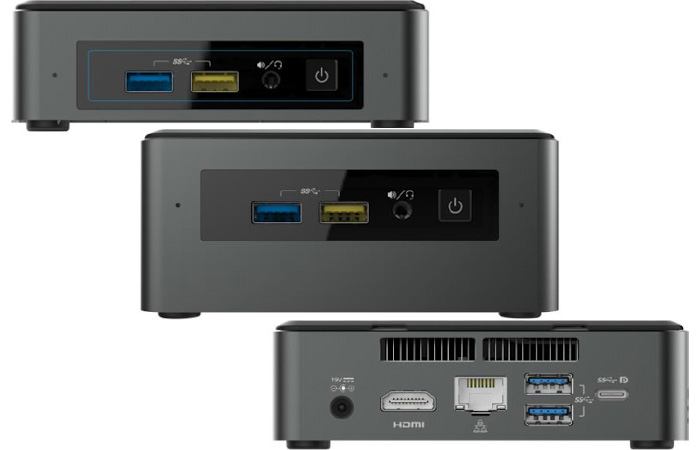 Intel has described its next generation NUC computers in detail and the US company has unveiled some interesting details. The US chip giant will debut two new models called Baby Canyon and Arches Canyon and both of them will come with a fair share of differences.

Arches Canyon will ship with an Intel Celeron J processor with TDP of 10W on the Apollo Lake architecture. This NUC computer will have two versions – the first one will feature 32 GB of internal memory and 2 GB of DDR3L memory, while the second version will lack both internal memory and RAM. This will give users the freedom to choose the storage drive and the memory they need and want. Arches Canyon will, however, not support M.2 SSDs but you can install a 2.5-inch SATA 3.0 storage drive. The device will also support Wi-Fi 802.11ac and Bluetooth 4.2 and will have two USB 3.0 ports up front as well as a HDMI 2.0 connector.

Both new NUCs will come with a microSDXC memory card instead of the SDXC memory port featured in current Intel NUCs. Arches Canyon will arrive by the end of 2016, while Baby Canyon will be with us in early 2017.