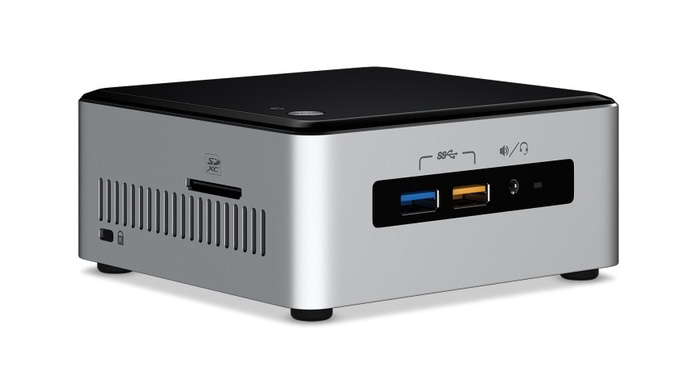 Intel’s 14 nm Skylake CPU generation has made it to the company’s NUC computers – the acclaimed US company has launched four new NUC PCs with Skylake chips inside. The models carry the NUC6i3SYH/NUC6i3SYK and NUC6i5SYK/NUC6i5SYH model names and look really promising.

The new Skylake processors inside are the main new feature of these NUC computers – the first two models are based on an Intel Core i3-6100U processor, while the last two models sport the more powerful Core i5-6260U chip. There are some differences in the storage options as well – the SYK versions support a single M.2 SSD, while the SYH models have enough space for a 2.5-inch SATA SSD/HDD as well. This is the reason why the two versions have different dimensions – the SYK measure 115 x 111 x 32 mm, while the SYH models measure 115 x 111 x 48 mm.

The rest of the tech specs include support for up to 32 GB DDR4-2133 memory in two memory slots, Wi-Fi, Bluetooth, four USB 3.0 ports, HDMI 1.4b, Gigabit Ethernet, Mini DisplayPort 1.2 and 7.1-channeled surround sound.