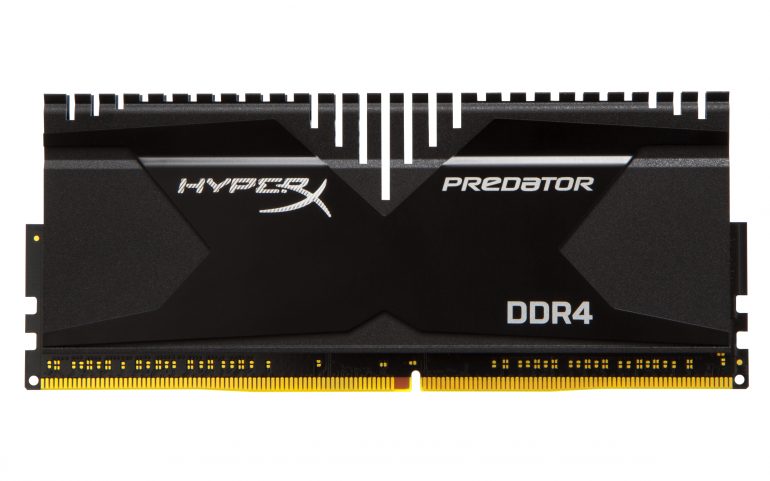 The HyperX Fury DDR4 is Kingston’s performance-value DDR4 memory, running at speeds below 3000 MHz. The memory modules that belong to the line feature a heatspreader that does not go beyond a standard module height. The HyperX Fury targets high-end gaming computers based on the latest Intel Haswell-E platform.

The HyperX Predator DDR4 is undoubtedly the more exciting memory line. It targets hardware enthusiasts and overclockers and will be Kingston’s flagship memory line for the time being. The memory comes with tall compound aluminum heatsinks, 10-layer PCBs with thick heat-dissipating copper layers, tight memory timings, high clock speeds and full support for XMP that guarantee excellent performance under all circumstances. According to Kingston, in tests conducted with a Core i7 Haswell-E processor eight HyperX Predator memory modules running at 3000 MHz have achieved 64 GB/sec of read speed, 48 GB/sec of write speed and 67 GB/sec memory copy speeds at timings of 15-16-16-39, CR2T and under stress from Full HD video playback.

Both memory types are to be used with Intel’s newest Haswell-E platform and the X99 chipset that provides full support for DDR4. No word on pricing as of now but given the current market conditions, the HyperX Predator and HyperX Fury memory lines will not be cheap.