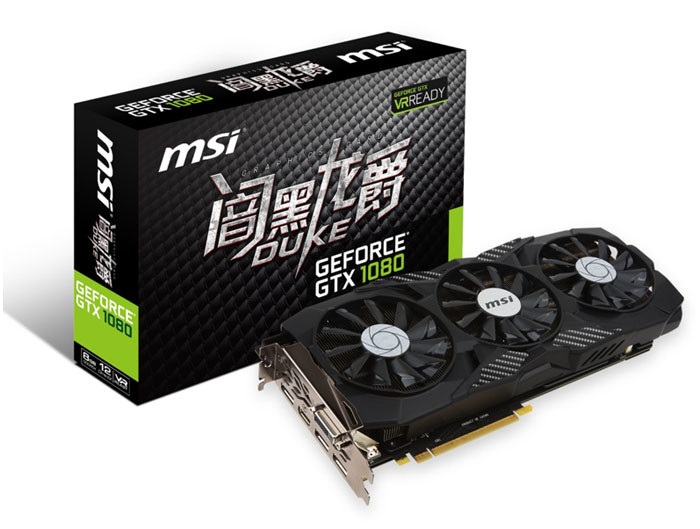 The two new MSI cards are based on the company’s Gaming X series and feature a PCB that is shorter than the cooling solution, which is something unusual. They are also equipped with a triple-fan cooling solution that must deal with the hot climates in Asia. The GTX 1080 DUKE Edition is factory-overclocked – the card runs its GPU at 1708 MHz and in OC Mode the GPU reaches 1847 MHz. The card comes with 8 GB of GDDR5X memory that runs at 10108 MHz. The GTX 1070 DUKE Edition comes with a GPU at 1607 MHz (1797 MHz Turbo) and 8 GB of GDDR5 memory at 8108 MHz.