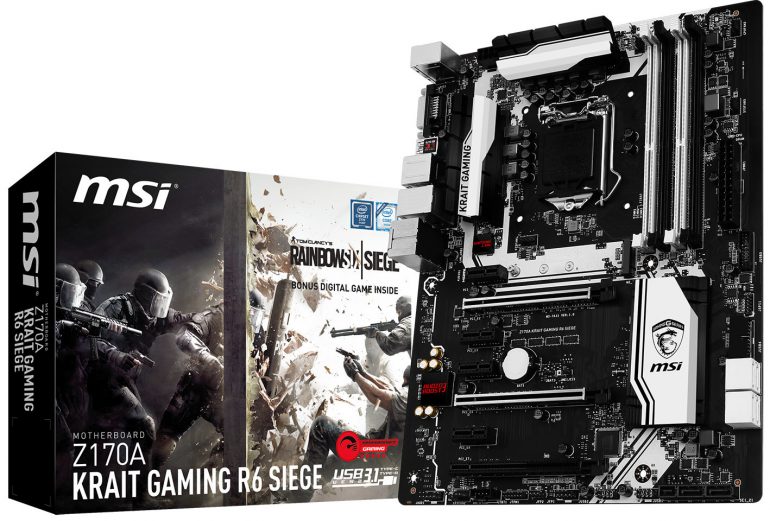 The maker of motherboards MSI, along with Ubisoft Entertainment, has announced a new gaming combo that includes a motherboard for Intel’s Skylake processors and a PC game. The motherboard is called Z170A KRAIT Gaming R6 Siege and has arrived into this world to celebrate both the new MSI-Ubisoft Entertainment partnership as well as the game studio’s Tom Clancy’s Rainbow Six Siege PC game.

By purchasing the new Z170A KRAIT Gaming R6 Siege gamers will get a free copy of the Tom Clancy’s Rainbow Six Siege PC game (Standard Edition) starting on December 1, 2015. The promotion takes place in a limited number of countries and lasts until March 1, 2015. Unfortunately it is not clear how much the Z170A KRAIT Gaming R6 Siege costs but given the specs it will likely require a bit more money than most other LGA 1151 boards.