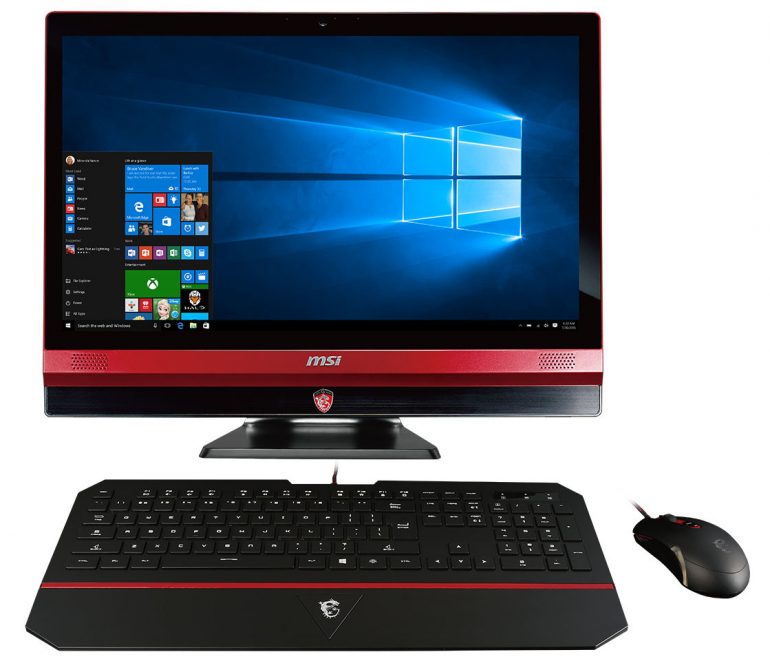 The machine arrives with a large 24-inch display that works at Full HD or 4K resolution and that features improved response times for better gaming performance. The display also has a HDMI port, which means that it can be used to connect a game console too. Inside the Gaming 24 AIO features fast Intel Core i5-6300HQ or Core i7-6700HQ Skylake-H processors that offer better performance with lower power consumption. The computer also supports up to 32 GB of DDR4 memory and has an NVIDIA GeForce GTX 950 or GTX 960 video card in order to run the latest games with the latter model having full 4 GB of video memory. In addition the Gaming 24 has a fast Intel Wireless-AC 3165 Wi-Fi adapter and Killer E2400 Ethernet as well as support for Super RAID 4 storage possibilities with speeds of up to 32 Gb/sec. The computer can house one 3.5-inch hard drive, two M.2 SSDs or one 2.5-inch hard drive. But what good is a gaming computer with no sound hardware inside? The MSI Gaming 24 takes care of this issue with the addition of Nahimic Audio Enhancer 2.0 with several new features and to make the whole picture even sweeter the Gaming 24 offers a USB Super Charger port with twice as much power as regular ports for quick device charging.

The MSI Gaming 24 runs Windows 10. The price of the new gaming computer is unknown as of now, though.