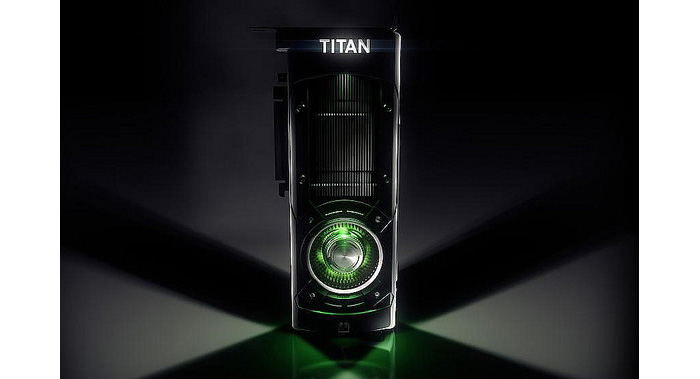 NVIDIA has thrown the bomb at the on-going GDC 2015 by showing the rumored GeForce GTX TITAN-X video card, which will be the company’s flagship graphics card on the latest Maxwell architecture. Unfortunately NVIDIA did not disclose any details on the new card but it will be one of the fastest 3D solutions on the planet for the time being for sure.

The GeForce GTX TITAN-X is reportedly a single GPU graphics card that is based on NVIDIA’s GM200 GPU. The GPU itself is expected to have 3072 CUDA cores on the Maxwell architecture, a 384-bit memory bus and 12 GB of GDDR5 memory. On the outside the new card looks like the GTX TITAN and has a nickel alloy cooler shroud. There are two differences, though – the “TITAN” marking towards the front of the card glows white, while the fan is decked with green lights, in addition to green glowing “GeForce GTX” logo on the top. You get to control the lighting via GeForce Experience.

More information will be available later on.