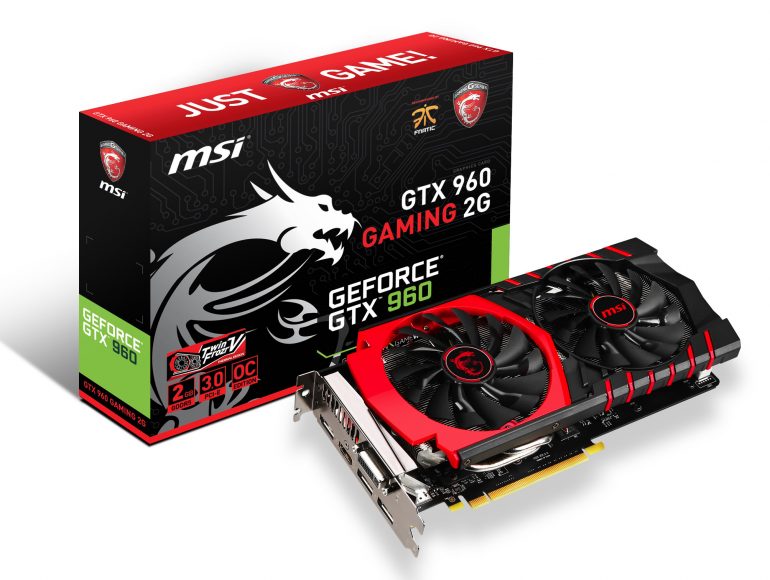 NVIDIA has announced the first mid-range Maxwell-based video card and yes, this is the GeForce GTX 960.

The announcement has not brought much news. The GTX 960 is based on the new GM206 Maxwell GPU, which sports 2.9 billion transistors and a GPU die with area of 294 sq.mm. The card comes with 2 GB of GDDR5 memory, a 128-bit memory bus, 1024 CUDA cores, 64 TMUs, and 32 ROPs, which makes it a GeForce GTX 980 video card cut in half. The GPU runs at 1127 MHz (1178 MHz in Turbo mode), while the memory operates at 7000 MHz effective. In addition the GTX 960 comes with a special memory optimization algorithm that makes the on-board memory 20 per cent more efficient compared to other NVIDIA cards. The card also needs 120 watts of power and comes with a single 6-pin PCIe power connector; factory-overclocked ones may come with an 8-pin PCIe connector, though.

The new GeForce GTX 960 is available now from many video card manufacturers. The card sells for USD 199.99 and up, depending on the model and manufacturer chosen.