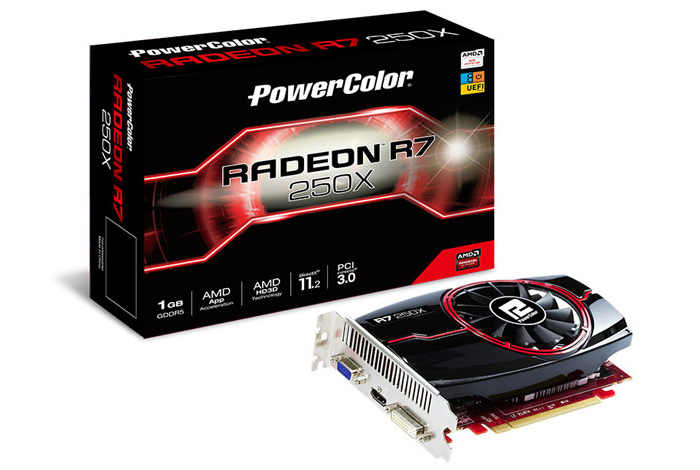 The rumored Radeon R7 250X has finally been made available with PowerColor launching a new model of the same GPU/memory combination.

The graphics card comes with 640 stream processors, 1 GHz GPU, 1 GB GDDR5 memory at 4500 MHz (effective) and a 128-bit memory bus. The card fully supports AMD PowerTune and ZeroCore Power technologies and needs some extra electricity via a 6-pin connector. There also are the same old DVI-D, HDMI and VGA outputs.

The release of the Radeon R7 250X coincides with a statement by AMD saying that the new graphics card will be delayed with a few more weeks.

The pricing of the PowerColor Radeon R7 250X was not disclosed, however.