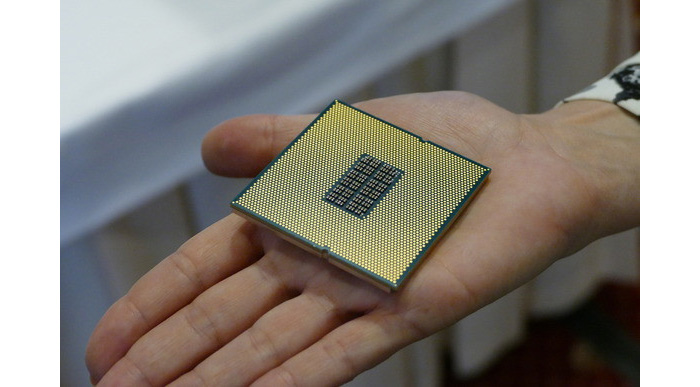 Qualcomm, which we have become to associate with smartphone SoCs, has entered a new phase of its life as a company by presenting its first socketed enterprise CPU. The chip is still in its prototype stage but contains 24 high-performance cores based on the 64-bit ARM machine architecture. The new processor will allow Qualcomm to compete on the server and micro-server markets that have recently started using ARM processors due to their low cost, low cooling requirements and high energy efficiency.

The new chip still does not have an official name but it comes socketed in a large land-grid array (LGA) like most, if not all, modern Intel processors. But there’s more on the way – Qualcomm says that the first production chips will have more cores than the current number of 24 and to prove this Qualcomm assembled three server blades using these chips, which were running Linux with a KVM hypervisor, streaming HD video to a PC using a LAMP stack (Linux + Apache + MySQL + PHP) built with OpenStack.

When released the new processor will target companies like Facebook and Google, which purchase hundreds of thousands of processors each year to battle the ever-increasing user and content traffic.