First details on the Snapdragon 830

Perhaps very few of you are aware that it takes a considerable amount of time to design and produce a processor that powers your PC, your tablet or your smartphone. So when Qualcomm announced the Snapdragon 820 and then the Snapdragon 821 we were totally sure a successor was already in the works.

And we were right – the chip in question is called Snapdragon 830. Not surprisingly it will succeed the Snapdragon 82x family but it will only appear as early as next year. The next-gen chip will be made on a 10 nm production process and this will ensure more performance and lower power consumption. The Snapdragon 830 will rely on new Kryo 200 cores and a new Adreno 540 GPU and next to them it will also have an improved x16 modem, which is supposedly capable of download speeds of up to 980 Mbps. In addition to this the Snapdragon 830 will have support for LPDDR4X memory, 4K x 2K video recording and more. The clock speeds and the power consumption of the chip are still a mystery, though.

Like we said the Snapdragon 830 will likely appear in 2017 and we will then see it only in high-end smartphones. Chances are the Galaxy S8 will be based on it. 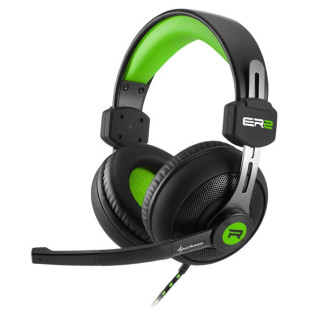 Sharkoon has come up with a new headset called Rush ER2. Needless to say the device targets gamers and comes with various game-oriented features. The new headset provides a modular cable system, four colors to choose among and compatibility with the latest consoles, notebooks, smartphones and...