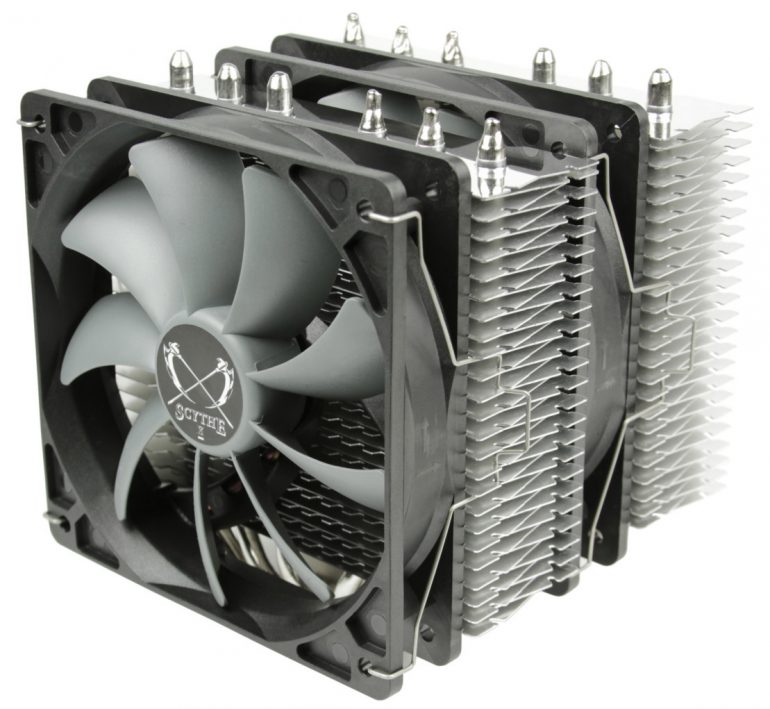 The Japanese designer and maker of various cooling solutions Scythe has announced a new CPU cooler that is known as Fuma. The new company product comes with a compact twin-tower design and impressive performance as well as wide compatibility with different Intel and AMD processors.

The new Fuma cooler comes with height of just 149 mm and thus it can fit in numerous PC chassis with no problems. The cooler features six high-quality copper heat pipes that are 6 mm wide and that have been soldered to the solid copper base and a small cooler block in order to increase the contact area and maximize the heat transfer. As in many other CPU coolers the heat pipes and the copper base are nickel-plated. The entire structure gets cooled by two Slip Stream 120 mm cooling fans with PWM support that can spin between 300 rpm and 1400 rpm. The Fuma cooler also supports a third cooling fan for extra cooling performance in case of need. The cooler with two fans installed weighs 920 grams only and uses the so called Hyper Precision Mounting System (H.P.M.S.) for firm mounting and easy installation process.

The Scythe Fuma is on the market now where it sells for EUR 39 (no VAT included).