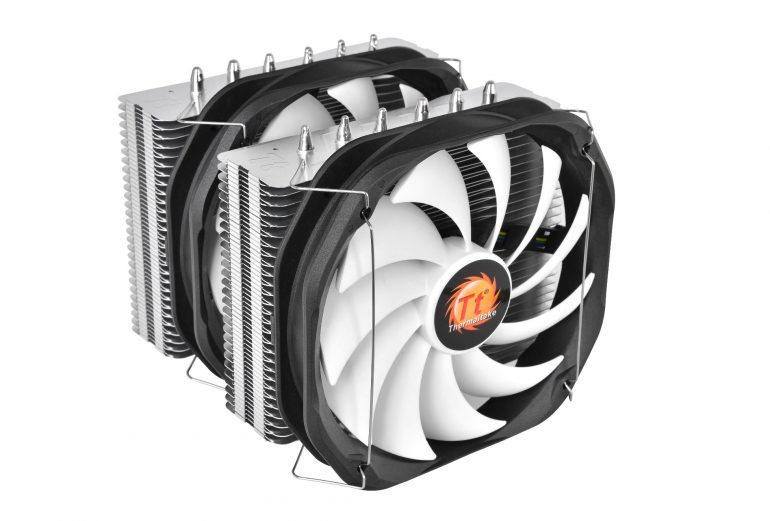 Hardcore gamers, overclockers and hardware enthusiasts always face one annoying issue – powerful computer systems generate a lot of heat and must be cooled by large but noisy CPU coolers and cooling fans. Now Thermaltake has a solution and it comes in the form of the Frio Silent CPU cooler line.

The Frio Silent 12 and Frio Silent 14 are single-tower coolers that have three 8 mm thick U-shaped heat pipes. The 120 mm fan on the first model spins at 1200-1400 rpm, a fact that is also true for the larger Frio Silent 14 model but this one quite logically has a 140 mm fan. The fan speed can also be controlled via PWM and these models also come with a low-noise adapter. In addition to that these models have been designed in such a way as to not interfere with memory modules that reside on any motherboard.

According to Thermaltake the new CPU coolers offer 50 000 hours of work time and compatibility with all modern Intel and AMD processor sockets starting from Intel LGA775 and AMD AM2 and newer. No word on pricing as of now.