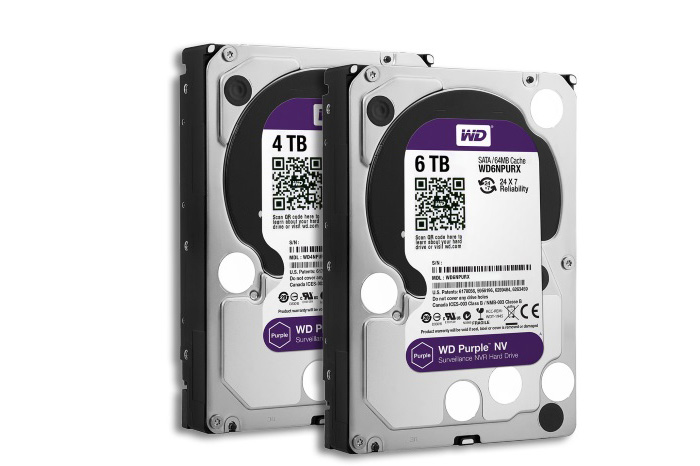 The new line includes two models as of now with capacities of 4 TB and 6 TB. When compared to the already released Purple line of hard drives, the new Purple NV series is designed for larger-scale network surveillance systems with higher hard drive bay counts and a larger number of attached cameras, which need more storage capacity and higher durability. The new line also offers long video retention periods for analysis and reference and fully meets the demands of always-on digital NVR recording environments.

The new 6 TB Purple NV hard drive is available now with the 4 TB model coming out later this quarter. The two drives are covered by a 3-year warranty. No word on pricing.