If you are a fan of the Taiwanese brand Acer then you should know that the company will release a new tablet, known as Iconia Tab 8 W in November of this year. The device will belong to the budget market segment, but this is not always a bad thing, because this means more people will be able to get this tablet.

The most important thing when it comes to any tablet is the hardware inside so here it is – the Iconia Tab 8 W will have an 8-inch IPS display that works at 1280 x 800 pixels. The display will be covered with a film that prevents the appearance of fingerprints. Apart from that the tablet weighs 370 grams and is 9.75 cm thick.

The Iconia Tab 8 W is based on the Intel Bay Trail platform and has a 64-bit quad core Atom Z3745 processor that runs at 1.33 GHz (1.83 GHz Turbo) and Intel HD Graphics. The tablet also has 1 GB of RAM, 32 GB of internal memory, a microSD card slot (up to 32 GB), one rear 5 MP camera and one front VGA camera, Bluetooth 3.0 and Wi-Fi 802.11n, micro USB 2.0 and micro HDMI ports. There are numerous sensors too such as an accelerometer, a compass, a light sensor and a battery that can power the tablet for up to 8 hours.

The Acer Iconia Tab 8 W runs Windows 8.1 and includes Microsoft Office 365 Personal including Word, Excel, PowerPoint, OneNote and Outlook. The device can be had for USD 149.99. In addition to that there’s an ASUS keyboard that can be connected to the tablet if you feel more comfortable using it. 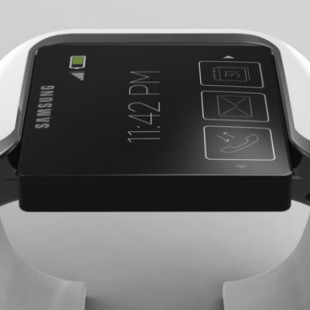 The upcoming Mobile World Congress 2015, which is scheduled for the first week of March 2015, will likely become the place where Samsung will launch a new high-end smartwatch, Korean media sources claim. While the acclaimed hardware maker has remained mum on the matter certain newspapers in...

During the past few weeks there were some online rumors that NVIDIA was going to change the naming scheme of its mobile GPUs. Thus new mobile GPUs from the “green” company would drop the “M” letter in their names, which denoted their mission – to work in notebooks. It turns out that the...