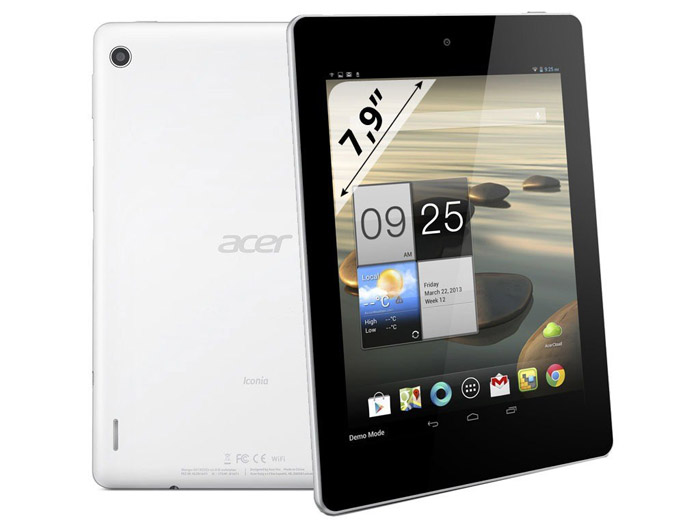 Acer has officially presented its latest tablet – the Iconia A1. The new device is budget-oriented and comes with a 7.9-inch IPS display at 1024 x 768 pixels, integrated in a slim 11.2 mm chassis.

Weighing just 400 grams the Iconia A1 tablet sports a powerful MediaTek MT8125 SoC with four Cortex-A9 processing cores at 1.2 GHz. The tablet also offers 1 GB of RAM, 8 GB or 16 GB of internal memory and a microSD card slot (for cards with capacities of up to 32 GB). Users can take advantage of two integrated cameras – one 0.3 MP front camera and a rear 5 MP camera. The Iconia A1 slate also has a number of other goodies – Bluetooth 4.0, Wi-Fi 802.11n, micro HDMI and Micro USB 2.0 ports, an accelerometer, a giroscope, a compass and a 3250 mAh battery good for up to 7 hours of watching video.

The Acer Iconia A1 tablet will be based on Android 4.2 Jelly Bean when it ships in June. As to pricing the Iconia A1 with 16 GB of internal memory will sell for USD 200.