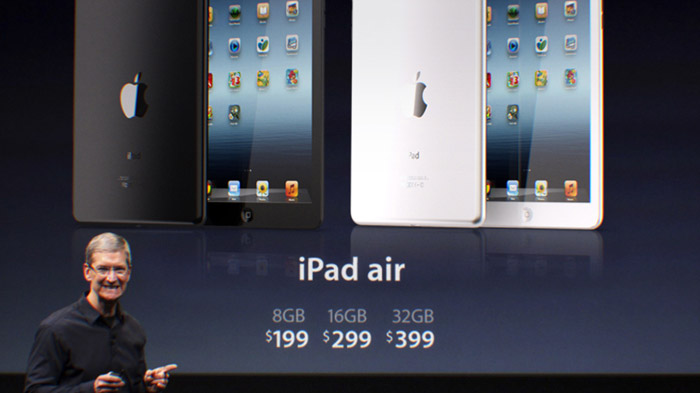 Apple has unveiled its latest iPad tablet at an event held in San Francisco. The new device is known as iPad Air and does come with a number of improvements that make it much different and much better than its predecessor.

For one thing the iPad Air is truly light – it weighs just one pound and has a 43-percent thinner bezel and a 20-percent thinner profile, making it just 7.5 mm thick. The new tablet also has a 9.7-inch display, a 64-bit A7 processor, a M7 motion chip, Wi-Fi, LTE, a 5 MP iSight camera with support for 1080p video, dual mics and a battery that can power it for up to 10 hours.

The Apple iPad Air will ship on November 1 with a lot of countries getting the device on that day including the USA, the UK, China and Japan. The device will be available in silver, white, gray and black.

The pricing of the iPad Air is unknown.