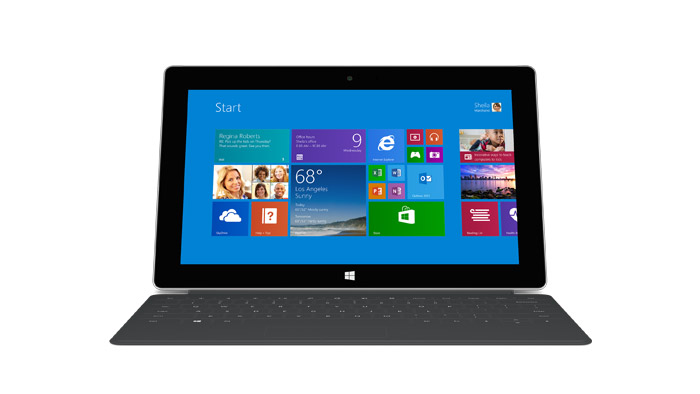 The Surface 2 sports an NVIDIA Tegra 4 SoC and runs Windows RT 8.1. It also has four Cortex-A15 cores at 1.9 GHz, 2 GB of LPDDR3 memory and 32 GB or 64 GB of storage. Depending on the model the Surface 2 will sport Wi-Fi and LTE or Wi-Fi only. It also offers two cameras – one at 5 MP and another at 3.5 MP. A small advantage is that the Surface 2 comes with Microsoft Office RT 2013 and works for up to 10 hours with a single battery charge.

The Surface 2 starts at USD 450 and up. Both models will be on the market on October 22.