The first detailed specifications of the upcoming NVIDIA Tegra 4 chip have made it to the Internet thanks to unnamed Chinese sources.

According to the information provided the Tegra 4 chip will arrive in Q1 2013 with four 28 nm ARM A15 cores that will operate at 1.8 GHz and will be designed for high-end 10-inch tablets and notebook devices. Later on and more precisely in Q3 2013 NVIDIA plans to release a 2 GHz version along with a 1.2-1.8 GHz version, while an ARM A9 version running between 1.2 and 2 GHz and featuring the Icera LTE100 / HSPA42 baseband chip will be made available for 7-inch devices.

Tegra 4 was first expected sometime in 2012 but was delayed until 2013 with rumours suggesting that NVIDIA wants to implement a Kepler graphics core inside – thus a delay becomes necessary. 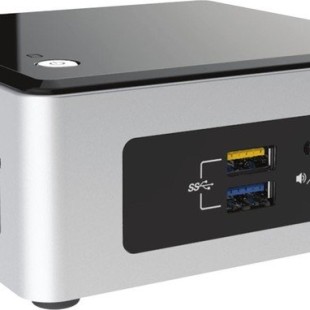 Intel has expanded its Next Unit of Computing (NUC) initiative with the addition of the new NUC5PGYH nettop computer that has enough power for every day computing tasks. The new device measures 115 x 111 x 51.6 mm and includes an Intel Braswell Pentium N3700 processor with four cores that...

Mass Effect 3 is about to get a new DLC pack in a couple of days and since the pack is free and offers a bunch of new stuff it’s worth looking at. The so-called “Earth” DLC pack will offer new multiplayer maps, several new characters as well as weapons, 12 new upgrades, and a new...

iPod Touch has been introduced by Apple, equipped with the amazing iPhone 4 features like Apple's crisp Retina Display, FaceTime Video Calling, High Definition Video Recording, A4 Chip, 3-axis gyro, Apple's iOS 4.1 and a Game Center. Being the thinnest and lightest iPod Touch ever, it also...