Samsung has unveiled the specs of the anticipated new Galaxy Tab 2 tablet which will be the first Samsung tablet running Android 4.0.

According to the information provided, the Galaxy Tab 2 will arrive with a 7-inch PLS TFT LCD display with resolution of 1024×600 pixels and will sport a 1 GHz dual-core processor, 1 GB of RAM, Wi-Fi, 3 megapixel main camera, a second front facing VGA camera, 16 GB or 32 GB of built-in memory, microSD card expansion slot and a 4000 mAh battery. The new tablet will also support HSPA+, Bluetooth 3.0 and an A-GPS receiver. 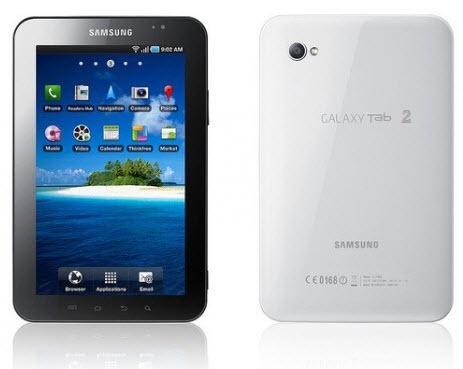 In addition the Galaxy Tab 2, which strongly resembles the first version and is 10.5 mm thick will come with the TouchWiz interface and a variety of applications like the Samsung Apps store, Samsung Hub, S Suggest, Kies Air, ChatON, Allshare Play and others.

Commercial availability is expected in March 2012 with two models available – with Wi-Fi only and with Wi-Fi/3G capabilities.

WD intros its fastest My Book external hard drive ever