Samsung to power tablets with a new chip

The novelty is named Exynos 5250 and is based on the ARM Cortex A15 architecture.  The manufacturing process is based on a low-power 32nm high-k metal gate process and is capable of performance nearly twice that of a Cortex A9 chip. The Exynos 5250 will come with 2 cores, running at 2 GHz; this will allow it to support resolutions of up to 2560×1600. The new chip will power high end tablets sometime in 2012 as production has not started yet. Initial quantities will be available in mid-2012. 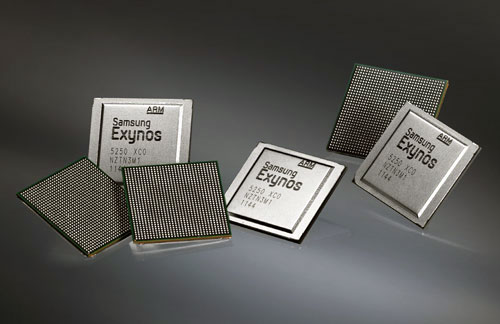 According to Samsung the Exynos 5250 will deliver four times the graphics processing power over previous-generation chips. That’s made possible courtesy of the arrival of ARM’s T604 “Midgard” GPU, and the Exynos 5250 will be one of the first chips on the market utilizing the new graphics powerplant. The T604 is also compatible with OpenCL and OpenGL ES and will offer complete DirectX 11 support which will make it very suitable for powering a Windows 8 tablet.