ViewSonic has announced the launch of its Android based 7-inch ViewPad 7e tablet which packs pretty good hardware specs for the price of $199.99.

ViewSonic’s tablet measures 192 x 131 x 14.1 mm and is equipped with 7-inch “RiteTouch” (800 x 600) display with multi-touch capabilities and support for stylus input. It runs Android 2.3 Gingerbread, enhanced with ViewSonic’s 3D interface on top. The tablet is powered by a 1 GHz Cortex-A8 single-core processor, has a 512MB of RAM and 4GB of internal storage, expandable up to 32GB via its  micro SD card slot.  It also offers dual cameras – a VGA 0.3MP front camera and a 3megapixel autofocus rear-facing camera. Inside you’ll also get Wi-Fi 802.11 g/b/n and Bluetooth 2.1 +EDR, plus a a G-sensor, integrated speakers and microphone, 3.5mm audio jack, micro-USB connector with data sync features and a micro HDMI port. 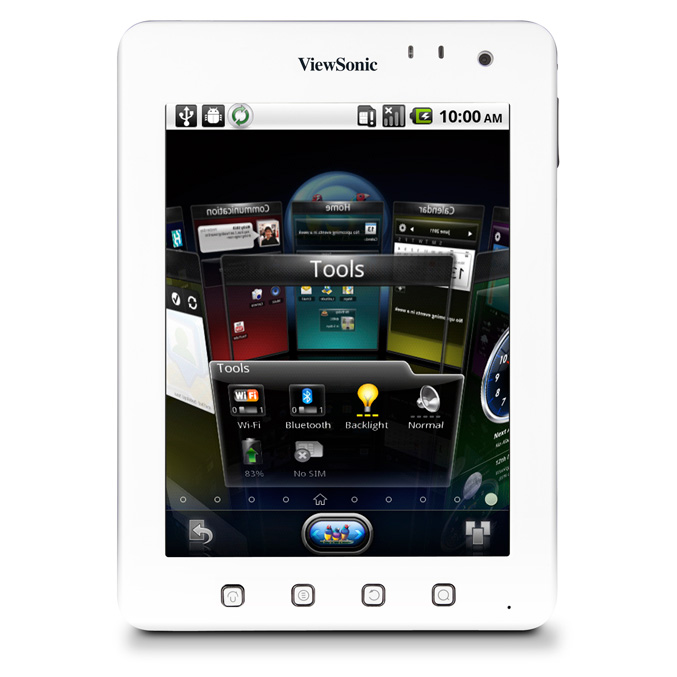 The tablet will be available at the end of October for $199.99 and is also expected to land in Latin America in November.