Samples of the world’s first 32nm generation, 32-gigabit (Gb) single chips (4 gigabytes (GB)), offering the largest density of any NAND flash chip, are available from today, and 16Gb chip (2GB) products, the current mainstream density, will be available in July in Japan. The 32Gb chips will first be applied to memory cards and USB memories and subsequently extended to embedded products.

As more mobile phones and mobile equipment provide support for video and movies, demand for larger density, small sized memory products is growing stronger. By leading the industry in transition to finer geometry, Toshiba aims to reinforce and extend its leadership in the NAND flash memory market.

Toshiba will start mass production of 32Gb NAND flash memories in July 2009, two months ahead of its original plan. 16Gb products will start to ship from the third quarter of FY2009(October to December 2009). The new chips will be produced at Toshiba’s Yokkaichi Operations, in Mie prefecture, Japan.

By accelerating process migration and integrating multi level cell technologies, and through continued advances in productivity, Toshiba intends to enhance its competitiveness in the memory business. 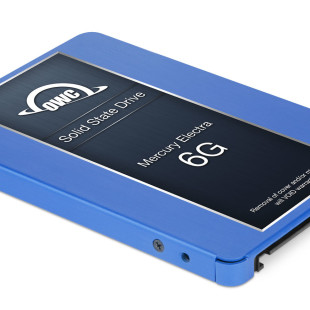 OWC has announced an all new Mercury Electra MAX 6G solid-state drive that comes with 2 TB of capacity, which makes it the SSD with the most capacity ever offered by OWC. The new 2 TB model is a 2.5-inch device that supports SATA 3.0 and that offers high performance and excellent...