ARENA, LG’s new flagship model for 2009, is packed with top-of-the-line multimedia features and a totally new 3D UI of the next generation. It is the first and currently the only multimedia phone for the global market to use Dolby Mobile from Dolby Laboratories, Inc.  to deliver an exhilarating surround sound experience for video content and enhance the sound of music content. 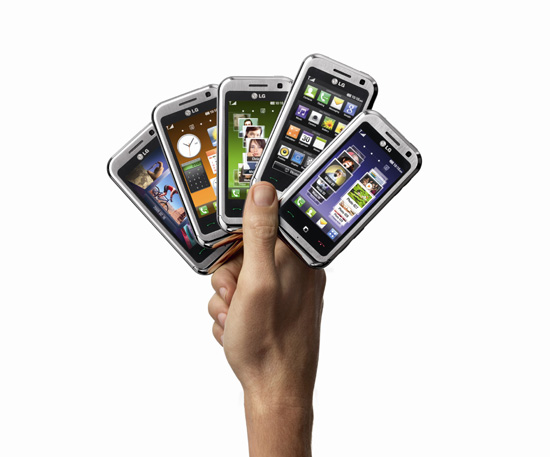 “What really makes ARENA special is its intuitive 3D S-Class UI, which is unlike anything that has appeared on a phone before,” said Dr. Skott Ahn, President & CEO of LG Electronics Mobile Communications Company. “We surveyed consumers and found that they were unhappy with current interfaces. They wanted a simple, fast and fun way to use multimedia and other features, but also an experience that was dynamic and interesting. We’ve done this so well with our brand new S-Class UI that it will set new standards for handsets in both functionality and fun.”

The intuitive 3D S-Class UI – S for superior – makes its debut with ARENA and will be featured in other premium LG models launching later this year.

Intuitive and life-like touch-based 3D menus take the fuss out of searching through contacts and multimedia content, perfect for anyone more comfortable with a traditional analogue experience.  Reel Scrolling lays out menus as if they were on a film reel, providing icons for each choice that are so easy-to-understand no further explanation is needed. Dragging a finger across the S-Class UI’s 3D reels allows users to scroll through entertainment options.

In ARENA’s camera mode, an intuitive on-screen dial, similar to those found on many high-end standalone camera, makes it easy to customize shot settings for picture-perfect results.

ARENA’s S-Class UI was designed from the very start to leverage the advantages of touchscreens to eliminate unnecessary menus and steps. At its core is a cube layout that provides four customizable home screens that provides fast access to all features by flipping the cube with the flick of a finger. With multiple faces, the cube allows for four times more shortcuts than a single screen, making menus easier to access.

Also created with fast access in mind are ARENA’s Elastic Lists, which make it easier to browse through contacts and other catalogued information. When touched, list items stretch like a rubber band to provide more detailed information, options or easy editing. This eliminates the extra step of switching to a new screen, saving time and making it easier to browse to other choices as well.

Fast yet smooth 3D transitions between menus are made possible by the perfect pairing of LG’s S-Class UI and a powerful AMD processor. 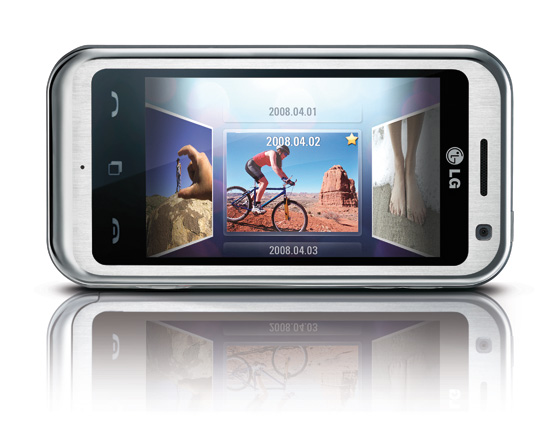 Colourful graphics give ARENA a sense of dynamism and fun found in no other phone. ARENA’s dynamic graphics are especially evident in the phone’s Floating Image Gallery. When held upright, the phone displays photos neatly in rows. But turn the phone on its side and the photos cascade off the screen and reappear much larger. Sliding a finger from top to bottom, shows photos taken on different days. Dragging a finger from left-to-right shows photos taken on the same day.

Going one step further, its Tactile Analogue Alarm Clock and Radio Tuner make it almost feel like moving a clock’s hands or turning an actual dial.

ARENA is the world’s first globally released handset with Dolby Mobile surround sound. This technology unleashes the power of surround sound for movies and video and delivers rich, resonant sound for music. A range of equalizer presets to fit all genres and individual tastes make the experience even better. A built-in FM transmitter means ARENA can play music wirelessly through a car or home stereo. A standard 3.5 mm audio jack means ARENA can be paired with any headphones.

D1 recording capability captures DVD-resolution video that looks great even when played back on a large TV. For added fun and versatility, ARENA can record 120 frames per second slow motion video to catch every detail.

ARENA can handle hundreds of music and movie files with 40 GB of storage, including 8GB of internal memory and a micro SD slot. The powerful battery provides up to 30 hours of MP3 playtime and 300 hours of standby time.

The five megapixel camera goes far beyond what is found on most phones, with high-end features and incredible image quality comparable to that of a standalone camera. The ability to set the camera for auto or manual focus help perfectly preserve each moment.

ARENA’s audio, video and photos can easily be shared on social networking sites, thanks to 3G HSDPA 7.2 networks and Wi-Fi.

All of these powerful features are packed in ARENA’s sleek and refined metal body, perfectly sized to grab and go at 105.9 x 55.3 x 11.95 mm. Tempered glass over the touchscreen ensures long-lasting durability to keep the phone looking sophisticated and clean. ARENA will be available in silver and black titanium colour schemes.
With its official launch at the Mobile World Congress, ARENA will initially be available in Europe in March and then globally.

* Google Mobile Service applications may vary according to service provider. 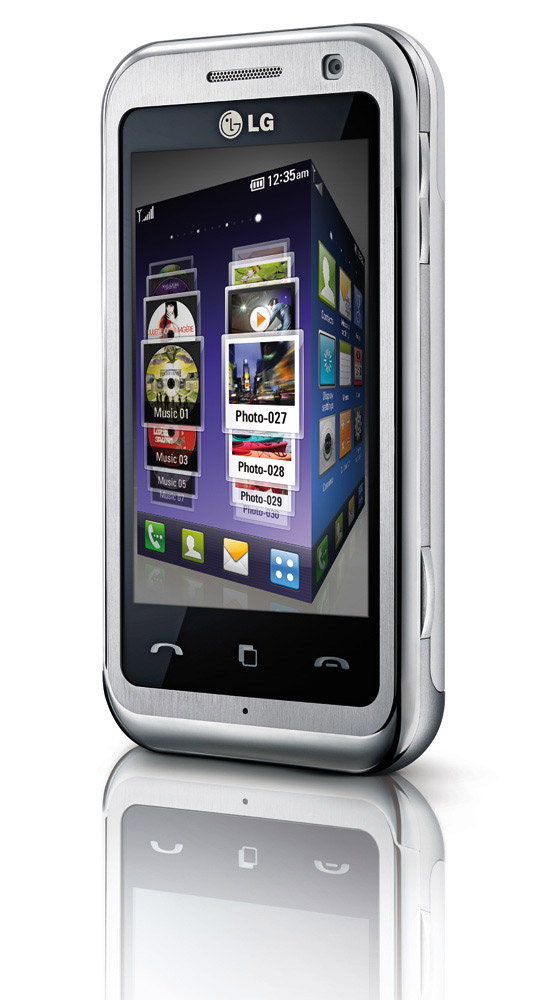 To see LG’s innovative products and technologies in person, visit LG’s booth at the 2009 Mobile World Congress in Hall 8 of Fira de Barcelona.