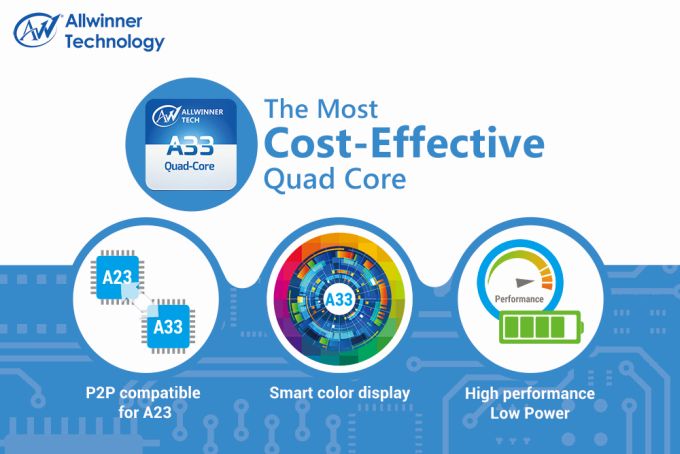 The Chinese maker of mobile processors Allwinner has taken the wraps off a new all-in-one processor designed for smartphones and tablets. The new chip carries the Allwinner A33 brand name and packs four Cortex-A7 cores and an ARM Mali-400MP2 graphics processing core.

The A33 chip targets budget-oriented devices and supports resolutions of up to 1280 x 800 pixels and cameras with up to 5 MP of resolution. The chip also offers support for SmartColor, videos of up to 1080p at 60 FPS, DDR3 and DDR3L memory and Android 4.4 KitKat.

The good news for manufacturers is that the A33 processor is pin-compatible with the already released Allwinner A23 chip so the transition should be smooth. The tech advancements also include lower power consumption when compared to the previous generation A23 processor, something which is always nice.

The first A33-based devices should appear in July 2014, according to Allwinner.