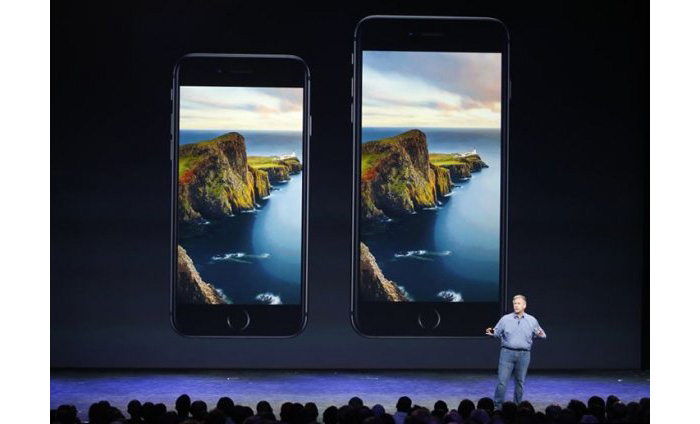 Today is a big day for the smartphone world as Apple is scheduled to present the iPhone 6 today. In fact the company has made the presentation available to everyone who has a good Internet connection and you can watch it online now.

Unfortunately this means that we will not have the full details on the iPhone 6 in this article as the presentation is taking a long time. We will list the confirmed and now official specs of the new smartphone, which are interesting on their own. So here they are, at least for the 4.7-inch model – the device has a display that works at 750 x 1334 pixels, which means that there’s 348 ppi that meets the Retina HD display requirements. Apple says that the new resolution will not cause problems for existing apps as the new smartphone has a mechanism that adjusts images to the new display. New apps will not have any problems with the new display.

The iPhone 6 is also based on the Apple A8 processor that now delivers 20 per cent more CPU power and 50 per cent more GPU power than before. The new chip also uses 20 nm tech process that makes it 13 per cent smaller than its predecessor – the A7 chip. There’s also an iSight 8 MP rear camera that supports 1080p recording at 60 FPS. The new Apple product also has 802.11ac Wi-Fi, LTE and a battery that will power it for no less time than the previous iPhone 5s model. All this hardware is situated in an aluminum chassis that is just 6.9 mm thick.

Expect more details on the iPhone 6 and all new Apple products soon.