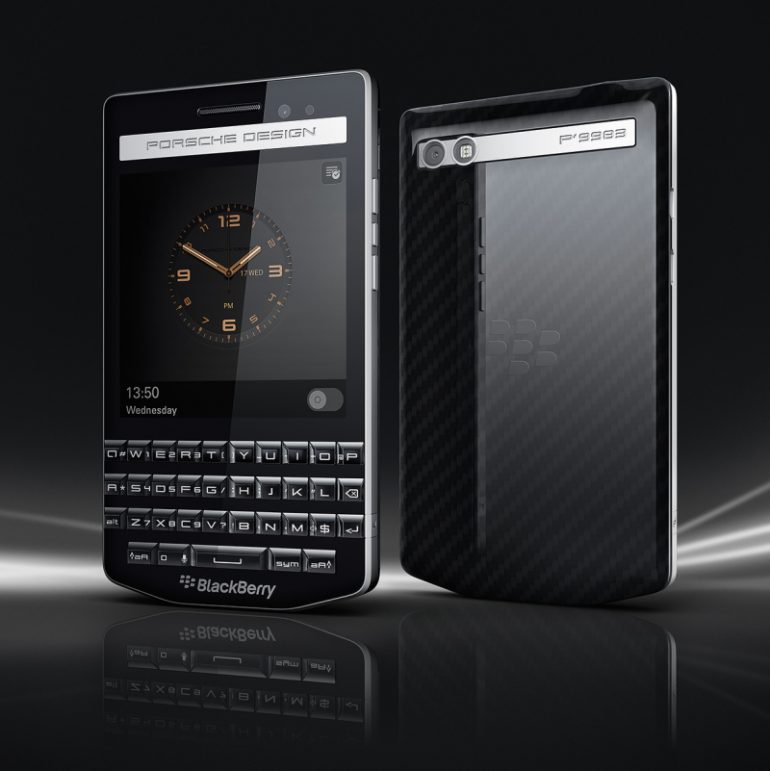 The Canadian telecommunications company BlackBerry has not been doing really well in the past few years losing money, clients and market share to other competitors such as Samsung and Apple. Clearly a solution to this situation is needed and BlackBerry plans to present a new smartphone – not just another BlackBerry handset but a new marvel in a bid to attract more users. The upcoming BlackBerry device is called BlackBerry Porsche Design P’9984 Keian and as the name of the product suggests, it will be a high-end device.

The upcoming Porsche Design P’9984 Keian will be made of expensive materials and components and will feature leather on its rear side. The smartphone will have a three-row QWERTY keyboard and a relatively large 4.5-inch square display that works at the rather strange 1440 x 1440 pixel resolution but all this is for a reason – the Porsche Design P’9984 Keian will be especially easy to work with documents, spreadsheets and other such files. Inside the device will have a Qualcomm Snapdragon 810 processor (MSM8994), based on the big.LITTLE architecture with four fast Cortex-A57 cores for heavy tasks and four slow Cortex-A53 cores for lighter tasks as well as Adreno 430 graphics. The processor also provides support for LTE and 4K resolution. In addition there are 2 GB of RAM, 64 GB of internal memory, one rear 13 MP camera and another 2 MP front camera, a 3450 mAh battery and BlackBerry OS 10.3.2.

The new premium smartphone will be released in a few months time. The device will sell for around USD 2000.