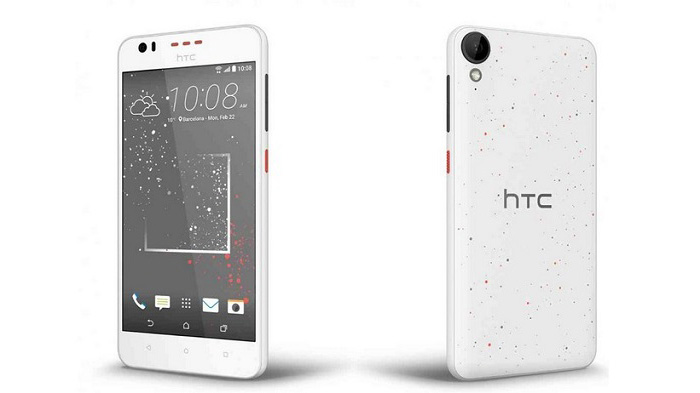 At the ongoing MWC 2016 exhibition in Barcelona, Spain the Taiwanese smartphone maker HTC has announced three new budget-oriented smartphones – the Desire 825, Desire 630 and Desire 530. The devices come housed in plastic chassis and in the back they feature numerous dots, which make their looks seem rather unique.

The new HTC Desire 825 is the most powerful smartphone of the three – this one sports Hi-Res sound and features BoomSound speakers. The device offers a 5.5-inch Super LCD display that works at 1280 x 720 pixels but unfortunately inside the handset comes with the old Snapdragon 400 processor that features four Cortex-A7 cores at 1.4 GHz. The Desire 825 also has 2 GB of RAM and 16 GB of internal memory as well as a microSD slot for expansion, a 13 MP rear camera and a 5 MP front one, support for LTE, a 2700 mAh battery and Android 6.0 Marshmallow. The smartphone will have a dual SIM card version too.

As you may expect by now the Desire 530 is the slowest smartphone of the three. It has the same 5-inch display at 1280 x 720 pixels as in the Desire 630 but unlike it the Desire 530 comes with a single-core Snapdragon 210 processor, 1.5 GB of RAM, a 5 MP front camera and an 8 MP front one. In addition the Desire 530 does not come with BoomSound speakers and Hi-Res certification but has 16 GB of internal memory that can be expanded via a microSD card. The device runs Android 6.0 Marshmallow.

The three new HTC smartphones will be in stores in March. No word on pricing as of now.