HTC to sell Golden version of its One smartphone 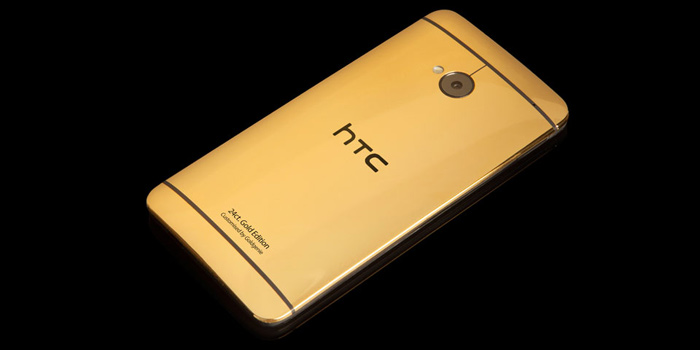 Looking for ways to attract more customers and fans in an unusual way the Taiwanese HTC has announced it will sell a special Golden version of its One smartphone.

The new Golden version will not be much different from the original One but here’s a short list of the specs expected. The device will be powered by a Qualcomm Snapdragon 600 processor with four cores at 1.7 GHz and will have Adreno 320 graphics, a 4.7-inch Super LCD 3 display with Gorilla Glass protection, 2 GB of RAM, 32 GB or 64 GB of internal storage, Wi-Fi 802.11ac, Bluetooth 4.0, a GPS receiver, DLNA and HDMI and a 2300 mAh battery that will be able to power it for a few days. The device also has a nice 4 MP rear camera with UltraPixel BSI CMOS sensor that will allow it to shoot Full HD videos at 60 fps, a 2.1 MP front camera and Android 4.2 Jelly Bean.

The golden version of the HTC One will be sold in Europe but not much is known about the official release date and the pricing as of now.