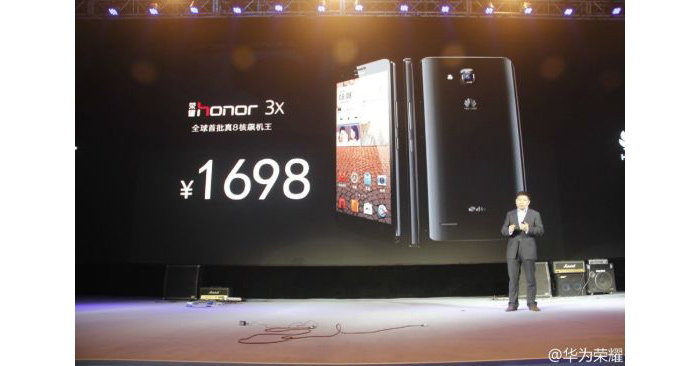 The Chinese smartphone maker Huawei will soon release a new powerful smartphone that is currently known as Honor 3X.

The new company product will come with the really powerful eight-core MT6592 MediaTek processor at 1.7 GHz and built-in Mali 450 graphics. In addition the Honor 3X will offer a large 5.5-inch sensor display that works at 720p resolution (1280 x 720 pixels), 2 GB of RAM, a microSD card slot, a rear 13.1 MP camera with a BSI sensor, a front 5 MP camera and more. There will be a bunch of other technologies too including DTS sound, two microphones and a 3000 mAh battery. The smartphone supports two SIM cards too, which is good news for people who talk a lot on their phones.

Once released the Huawei Honor 3X will sell for approximately USD 165. The release date has not been announced yet.