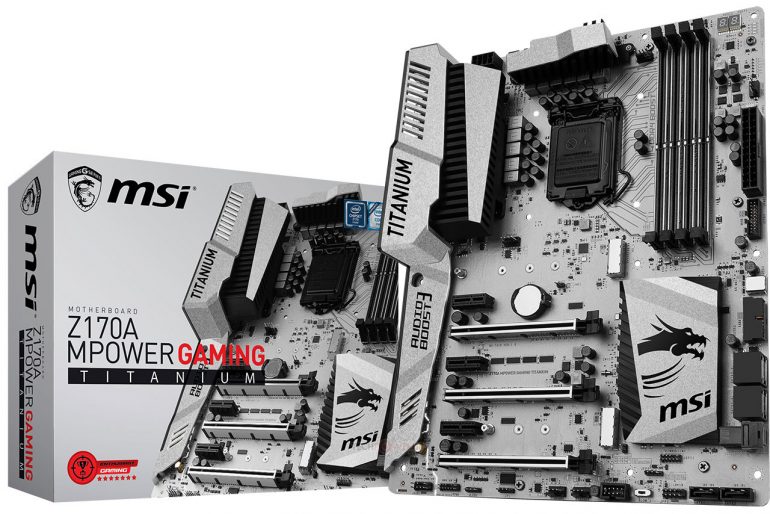 The new Z170A MPower Gaming Titanium motherboard arrives with the same silver-white color scheme of the PCB and has silver/chrome heat sinks and heat spreaders. The board obviously comes with an LGA 1151 socket and Intel’s Z170 chipset and supports all current Intel Skylake processors. It has an 11-phase CPU VRM and reinforcement braces along the four DDR4 DIMM slots it comes with. In addition to this, the new Z170A MPower Gaming Titanium sports three PCI-E 3.0 x16 slots (x16/NC/x4 or x8/x8/x4) and three PCI-E 3.0 x1 slots.

The connectivity options of the MSI Z170A MPower Gaming Titanium include two 32 Gb/sec M.2 slots, one 32 Gb/sec U.2 port and six regular SATA ports with support for SATA 3.0. The board also features seven USB 3.0 ports, two USB 3.1 ports (one Type-A and one Type-C, AudioBoost 3 on-board 7.1-channeled audio and one Gigabit Ethernet connector that is controlled by an Intel chip.