The Chinese smartphone maker Huawei has finally announced its high-end HiSilicon Kirin 950 SoC, designed for various mobile devices. The chip has been in the news for months now and we reported on it some time ago.

The Kirin 950 is clearly a high-end chip – it is based on the big.LITTLE architecture and includes four Cortex-A72 cores at 2.53 GHz for demanding tasks and four Cortex-A53 cores at 1.8 GHz for less demanding applications. Next to these cores there’s another chip called i5, which is there to process the information that comes from various sensors. The Kirin 950 has Mali T880MP4 graphics inside and gets assisted by a dual-channeled LPDDR4 memory controller. In addition to this the SoC has support for 802.11ac Wi-Fi, Bluetooth 4.2, NFC and LTE Cat. 6 as well as some connectivity options such as USB 3.0, UFS 2.0, eMMC 5.1 and SD 4.1.

The Kirin 950 is made using 16 nm FinFET process by TSMC. The chip should be in various mobile devices by the end of the year. 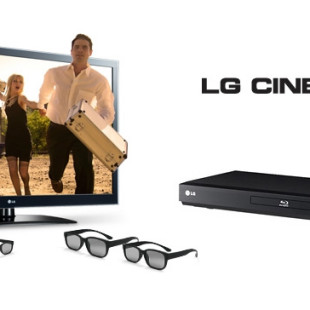 LG Electronics has announced the launch of two interesting entertainment packages for those who want to enjoy 3D right out of the box. The offer includes an LG LW5300 (47- and 55-inch) CINEMA 3D HDTV, a 3D Blu-ray player and four pairs of LG’s passive 3D glasses, all in one box for $1,399.99 and...

MSI today announces U123 Series in Wind Netbook. The first three models in U123 Series are U123, U123H and U123T. Though major notebook branders around the world have recently launched a blizzard of "high-end" 10" sub-notebooks, MSI, the creator of the 10" notebook genre, is ready. Its...

Intel may postpone Broadwell to year 2015

The PC market slump and a few more reasons may have pushed Intel to postpone its Broadwell processors until 2015, the latest information around the US chip giant claims. At first Broadwell was scheduled for production at the end of Q1 2014 with a later launch in Q3 2014 but it appears that...