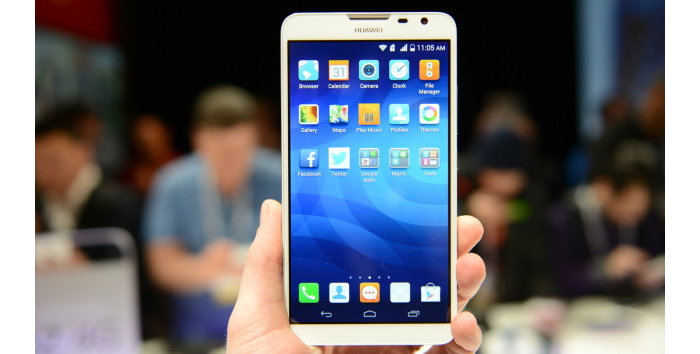 The rumored and highly expected Huawei Ascend Mate 2 smartphone has been officially presented by the Chinese Huawei at a special event.

The new smartphone comes with a thin and sleek chassis and measures 61 x 84.9 x 9.5 mm for total weight of 202 grams. There will be two versions of the smartphone – in black and white but both of them will offer the same specs – a 6.1-inch display at 720p resolution (1280 x 720 pixels) protected by Gorilla Glass coating, a quad-core Huawei HiSilicon Kirin910 processor built on ARM Cortex-A9 cores and Mali 450 graphics. The international version of the smartphone will come with a Qualcomm Snapdragon 400 chip with four cores at 1.6 GHz and Adreno 305 graphics.

The Huawei Ascend Mate 2 will be running Android 4.3 Jelly Bean and will make use of Huawei’s Emotion 2.0 technology.