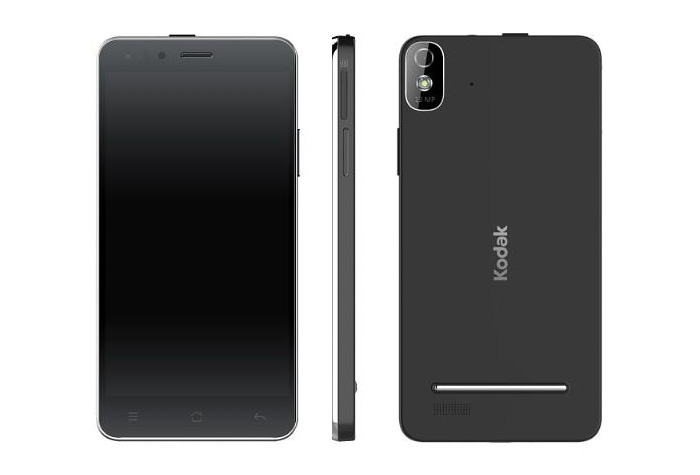 A few weeks ago we reported that Kodak would have its own line of smartphones sometime in 2015. Well, the famous company already has it – the first smartphone under the Kodak brand name has appeared during CES 2015.

The new device is called Kodak IM5 and just as expected it is produced by the British maker of rugged smartphones Bullitt Group. As of now it seems that the new smartphone is not a rugged device but even then it is a nice piece of hardware – it comes with a 5-inch display at Full HD resolution, 1 GB of RAM, 8 GB of internal memory, a microSD card slot that supports cards with capacities of up to 32 GB, a front 5 MP camera, another rear 13 MP camera that allows the user to manipulate, publish and print pictures thanks to special pre-installed software on the smartphone, an unnamed 8-core processor at 1.7 GHz and more. Software-wise the Kodak IM5 comes with Android KitKat but Kodak says the mobile operating system can later be updated to Android 5.0 Lollipop. There is a user shell on top of the OS whose main goal is to make working with the phone a lot easier. In addition, next to Google Play, the smartphone user will have access to “hand-picked” applications.

Unfortunately there is no information on the dimensions of the device or the battery capacity. This information will likely become public when the Kodak IM5 hits the market at the end of Q3 2015. The device will be available in black or white and will sell for EUR 229.