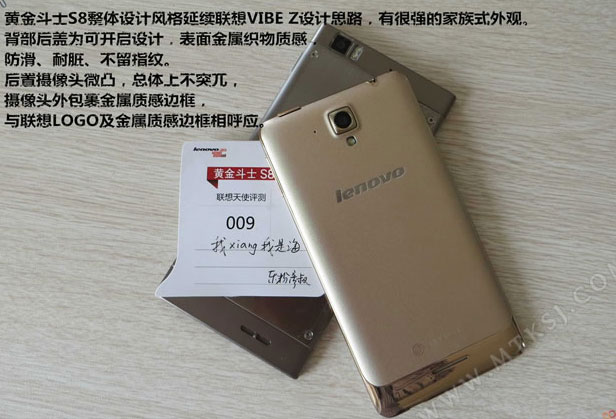 You would not think that the words “cheap” and “elite” could live together but Lenovo thinks otherwise – at least when it comes to the smartphone market. Indeed the Chinese company prepares a new cheap and elite smartphone that goes by the name of Golden Warrior S8.

The smartphone will offer a large 5.3-inch display that runs at 1280 x 720 pixels and sports Gorilla Glass 3 protection. The device is powered by a MediaTek MT6592 processor with eight computational cores at 1.4 GHz. There also are 2 GB of RAM, 16 GB of internal memory, a microSD card slot and two cameras – one rear at 13 MP and one front at 5 MP. The Golder Warrior S8 will also have a 2000 mAh battery and Android 4.2.2 Jelly Bean.

Quite honestly the smartphone does not look bad but despite the more than decent hardware its price is not high at all. In China it will sell for USD 130, which is surprisingly low price for such a device. It seems that after all the words “elite” and “cheap” can be combined. Let’s now just hope to see it in other parts of the world.

The Benefits Of Luxury Care Homes For Loved Ones In 2021