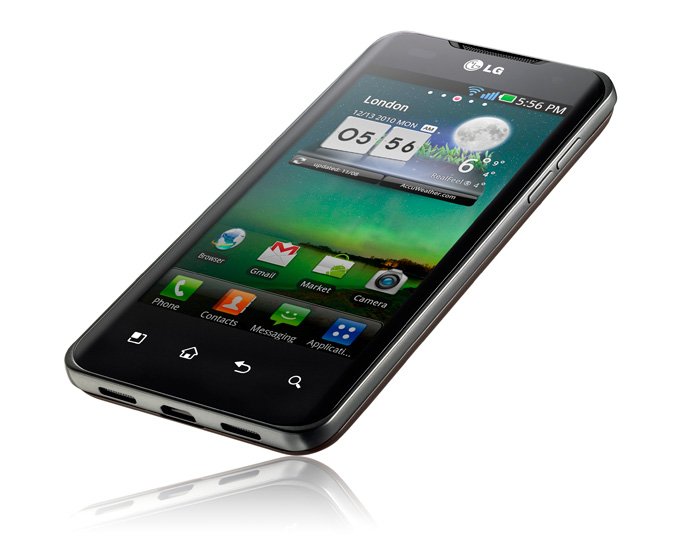 LG Electronics has introduced the world’s first smartphone with a dual-core processor – the  LG Optimus 2X.  It is powered by Tegra 2 SOC (system-on-a-chip) mobile processor which does, CPU, graphics and video functions and is developed by NVIDIA. The Tegra 2 includes a dual-core Cortex-A9 CPU core, running at a clock speed of 1GHz and boasts low power consumption.

Optimus 2X packs a 4-inch (800×480) touchscreen and runs Android 2.2 Froyo ( with upgrade to 2.3 later). It has 8 GB internal storage,  upgradable up to 32GB via microSD. The phone also has accelerometer, gyro sensor, DLNA support to connect wirelessly to any compatible digital device, a HDMI, a micro USB port, and a powerful 1500 mAh battery. For capturing, it is equipped with 8 MP camera in back and 1.3 MP camera in front and allows 1080p HD video playback and recording with HDMI mirroring, so you can view the captured moments on your big screen TVs.

The LG Optimus 2X will be available in Korea next month with with Europe and Asia to follow after.

“Dual-core technology is the next leap forward in mobile technology so this is no small achievement to be the first to offer a smartphone utilizing this technology,” said Dr. Jong-seok Park, CEO and President of LG Electronics Mobile Communications Company. “With unique features such as HDMI (High Definition Multimedia Interface) mirroring and exceptional graphics performance, the LG Optimus 2X is proof of LG’s commitment to high-end smartphones in 2011.” 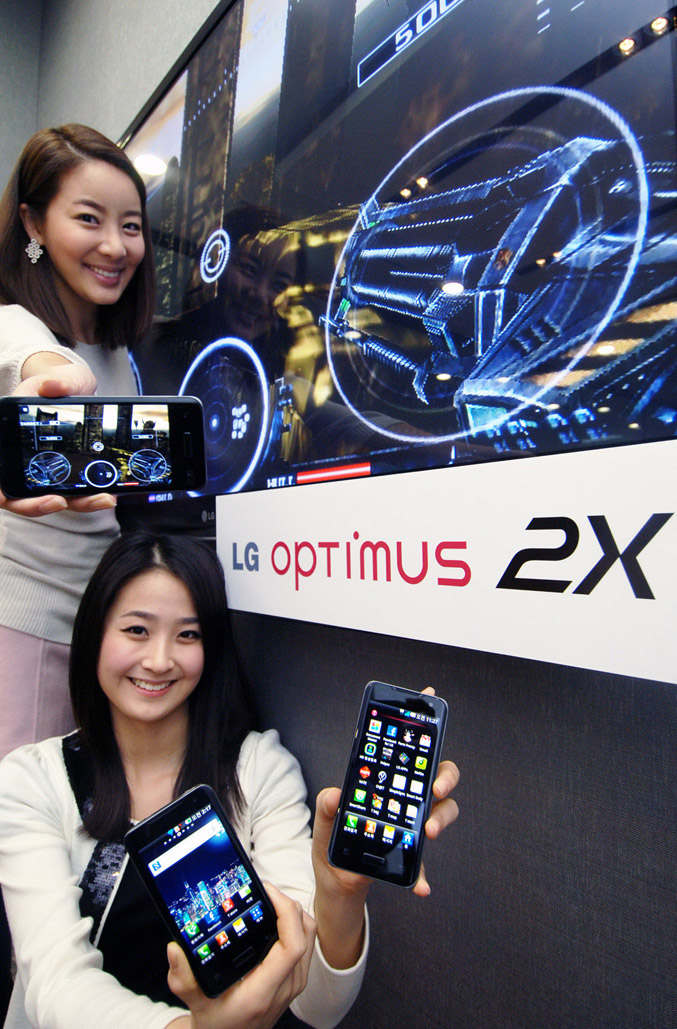