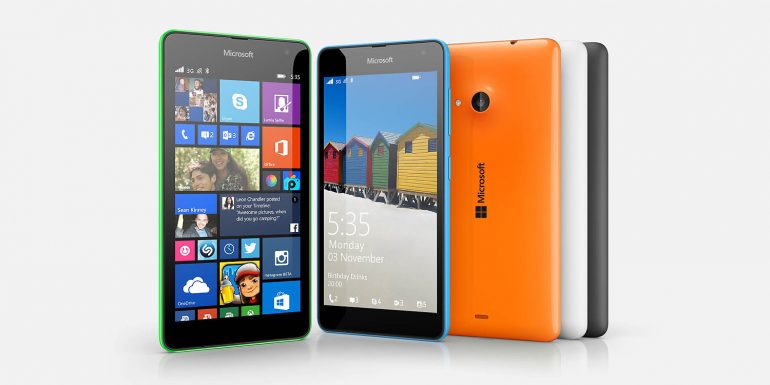 A while ago Microsoft announced it would unveil the first company Lumia smartphone on November 11 and the software giant has kept its promise. Despite reports of launching a more powerful smartphone, Microsoft instead launched the Microsoft Lumia 535 – a budget-oriented device, which was initially expected. Here’s what you get.

The Microsoft Lumia 535 is a mid-range smartphone that will have two versions – the first one will support a single SIM card only, while the second version will have two SIM card slots and both of them will be running Windows Phone 8.1 along with Lumia Denim software. The device also has a 5-inch display at 960 x 540 pixels, a quad-core chip at 1.2 GHz and 1 GB of RAM, 8 GB of internal memory, a microSD card slot (up to 128 GB) and two 5 MP cameras with one of them having a flash.

The Lumia 535 will be available in blue, green, orange, white, gray and black colors and will be sold in China, Hong Kong and Bangladesh first. The smartphone is expected to cost around EUR 110.