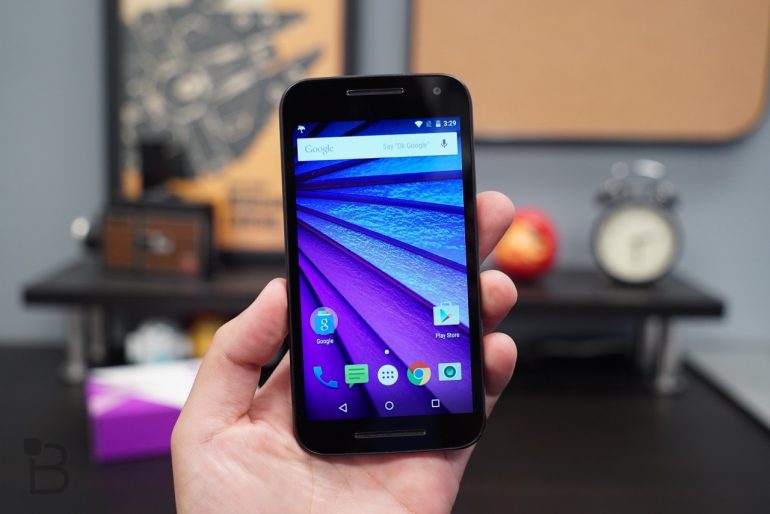 Much to the surprise of anyone Motorola has announced one more smartphone just days after launching the Droid Turbo 2 and Droid Maxx 2 smartphones. The new communicator is called Moto G Turbo Edition and builds on the already launched Moto G smartphone. The problem is that the Moto G Turbo Edition will be available only in Mexico with no word whether it will come to other markets.

The new Moto G Turbo Edition comes with support for two SIM cards and offers a 5-inch sensor display at Full HD resolution (1920 x 1080 pixels) that also sports Corning Gorilla Glass 3 protection. Inside the smartphone gets powered by a 64-bit octa-core Qualcomm Snapdragon 615 processor and has 2 GB of LPDDR3 RAM memory as well as Adreno 405 graphics. In addition the Moto G Turbo Edition has 16 GB of internal memory that can be expanded via a microSD card, a 13 MP rear shooter with an f/2.0 aperture, a 5 MP front camera with an aperture of f/2.2, support for LTE, 802.11n Wi-Fi, Bluetooth 4.0, 3G, GPS and a 2470 mAh battery. The smartphone is IP67-certified, which makes it water-resistant – more precisely it can survive for 30 minutes at depths of up to 0.9 meters (3 feet). Finally the Moto G Turbo Edition runs Android 5.1.1 Lollipop.

The smartphone will be available starting on November 13. Its price will be around USD 280.