Qualcomm’s Snapdragon 830 will be a powerhouse

Qualcomm’s Snapdragon 820 SoC is one of the finest smartphone processors money can buy right now. The chip comes with four Kryo cores, Adreno 530 graphics, and support for LTE and 25 MP cameras. As you can see the chip has everything it will need to run modern mobile apps.

The days of the Snapdragon 820 seem numbered, though. New information on the Internet describes the features of the upcoming Snapdragon 830 SoC and this chip might be the real thing in the near future. According to the information, the Snapdragon 830 will be made on a finer 10 nm production process, which will ensure higher clock speeds and reduced power consumption. At the same time the chip will add four more Kryo cores for a total of eight and while the Snapdragon 830 will stick to somewhat older technology, the addition of four more cores will make the processor a real multitasking beast. In addition to this the chip will have support for super fast Cat. 16 LTE networks.

The Snapdragon 830, which is currently known as MSM8998, should arrive later this year. 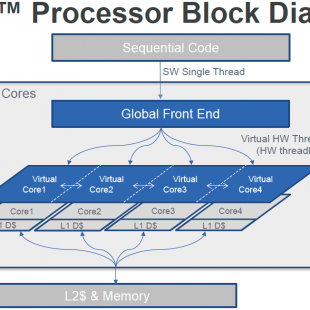 There are many problems that plague the modern PC world and one of them is the constantly diminishing processor performance gains. While a decade ago every new chip architecture brought significant improvements in performance, nowadays a new processor generation brings limited average...

Windows 8 will come into this world on October 26, 2012, Microsoft has confirmed. The news was made public on the Windows Blog with very little additional information shared. Microsoft failed to mention if we’ll see Windows RT along with Windows 8 on the same day but a launch on October 26...