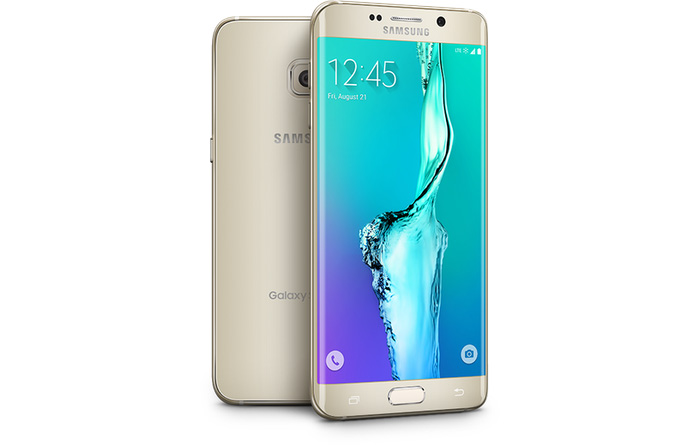 Samsung has unveiled the rumored Galaxy S6 Edge+ smartphone during an event, which was part of the Samsung Galaxy Unpacked 2015 presentation.

The new handset has come into existence in order to replace last year’s Galaxy Note Edge. The Galaxy S6 Edge+ comes with a display that has been curved to the left and right, just like in the Galaxy S6 Edge. The device is housed inside a metallic chassis and measures 154.4 x 75.8 x 6.9 mm for total weight of 153 grams. It has a curved 5.7-inch Super AMOLED display that works at 2560 x 1440 pixels, a Samsung Exynos 7420 processor with four 64-bit cores at 2.1 GHz and four 64-bit cores at 1.5 GHz, 4 GB of RAM, 32 GB/64 GB of internal memory, two cameras – one rear at 16 MP with optical stabilization and support for 4K video recording and another front at 5 MP, LTE, 802.11ac Wi-Fi, Bluetooth 4.2, NFC, microUSB 2.0, a 3000 mAh battery and Android 5.1 Lollipop. Unfortunately the smartphone does not have a microSD card slot so you won’t be able to expand the internal memory in case of need. The Galaxy S6 Edge+ will be available in gold, silver, blue and white colors.

The device will be on the market on August 21 but you can pre-order yours now if you live in the USA. No word on pricing as of now.

During the same event Samsung also showed the first pictures of the Gear S2 smartwatch with a round display. The device will debut at the upcoming IFA 2015 exhibition.