Samsung Electronics has launched the Galaxy M in South Korea. The new device is a relative to the already launched Samsung Galaxy Z – a lite version of the Galaxy S II.

According to Samsung (and their naming conventions) the new Galaxy M smartphone is a mid-tier device with “M” standing for “Magical” and offering good performance for the price. The device features a 4-inch Super AMOLED display instead of the Super LCD found in the Samsung Galaxy Z and is powered by a 1 GHz single-core processor. There’s also a 3-megapixel camera at the back and a web camera that offers VGA resolution. Also included are support for Wi-Fi b/g/n, a TV tuner and a 1650 mAh battery that powers everything. 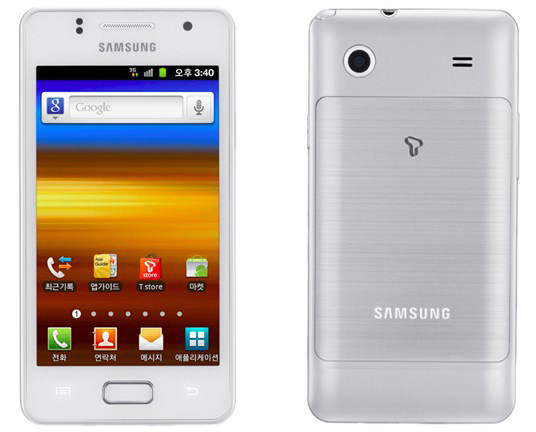 The software that runs the phone is Android version 2.3. The Galaxy M is offered in platinum-silver, blue-black and lavender-pink colors.

Price in South Korea is around 500 USD.