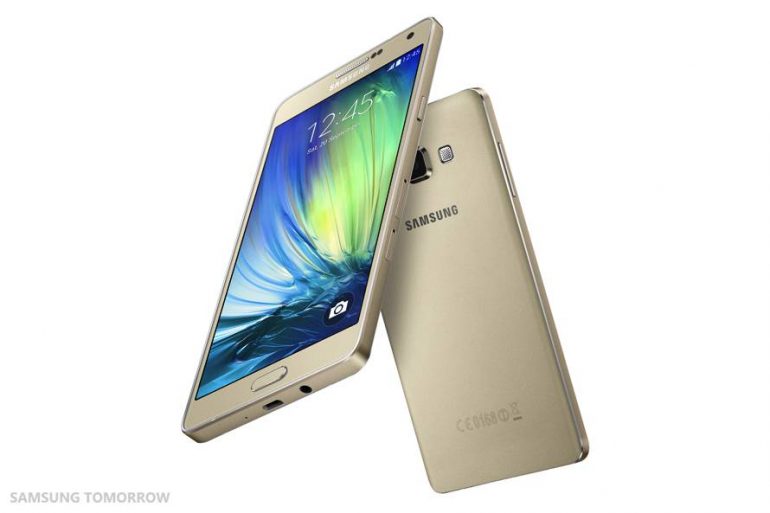 Back in October 2014 Samsung launched the new Galaxy A line, which had two main goals ahead of it – to streamline the company’s smartphone models list and offer something new. The line was represented by two new models – the Galaxy A3 and Galaxy A5 – and even then some people speculated that there would be a Galaxy A7 model. Well, here it is.

Samsung has officially unveiled the new Galaxy A7, which will be the flagship of the Galaxy A line. What’s even better is that the Korean company has unveiled the new communications device a bit earlier than expected – the Galaxy A7 was expected to arrive on January 14 this year. Unfortunately you will have to wait some more time before you can put it in your pocket – the device will be on the market sometime in Q1 2015 but the wait may be worth it.

The Galaxy A7 will have two versions – the first one will be powered by the eight-core 64-bit Qualcomm Snapdragon 615 processor at 1.5/1.0 GHz, while the second version will have a 32-bit eight-core Exynos 5430 processor at 1.8/1.3 GHz. The rest of the specs are identical so expect to get 2 GB of RAM, 16 GB of internal memory, a large 5.5-inch Super AMOLED display, a 13 MP rear camera, a 5 MP front camera, support for LTE and a mighty 2600 mAh battery. Another feature worth noting is that the Galaxy A7 is just 6.3 mm thick.

No word on pricing as of now but we’ll surely get this information when the handset gets closer to market.