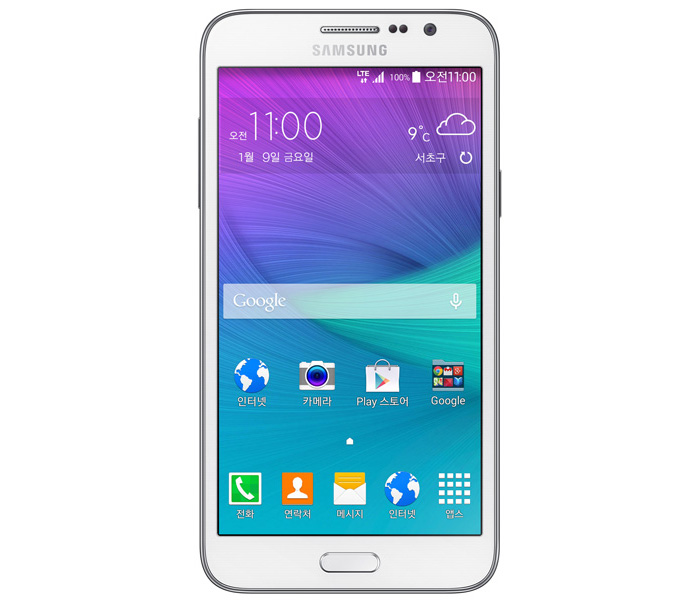 The Korean smartphone maker Samsung has presented another new smartphone, this time called Galaxy Grand Max. The name of the device says quite a bit about it – the new smartphone has a rather large display.

Speaking of this we should list the Galaxy Grand Max specs – the smartphone comes with a 5.25-inch sensor display that works at 1280 x 720 pixels (280 ppi), a 64-bit Snapdragon 410 processor with four Cortex-A7 cores at 1.2 GHz, support for LTE, 1.5 GB of RAM, 16 GB of internal memory (there’s a microSD card slot too) and a 2500 mAh battery. The smartphone also has Wi-Fi, Bluetooth, a GPS receiver, GLONASS, an FM radio, a rear 13 MP camera and another front 5 MP camera that has a 120-degree wide viewing angle lens. The Galaxy Grand Max runs Android 4.4.2 KitKat.

The new smartphone is available now in South Korea for around USD 290. The smartphone may reach other countries as well but this will apparently happen a bit later.