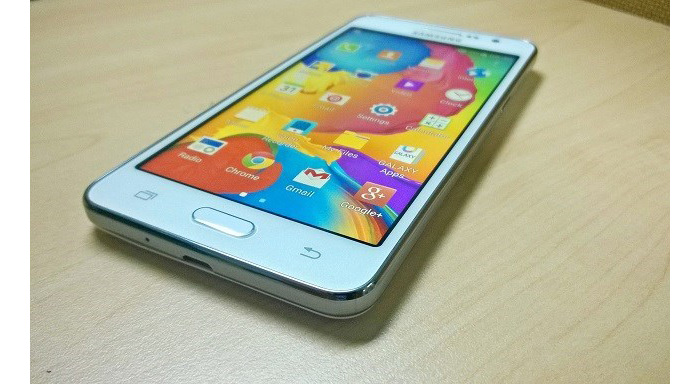 There’s a new favorite activity for millions of people around the world and this is taking selfies. This new trend has not gone unnoticed by smartphone makers so a new trend has come into existence there – to make smartphones that have been specifically designed for selfies.

The just announced Samsung Galaxy Grand Prime is one such smartphone. The device measures 144 x 72 x 8.6 mm and weighs 160 grams. The main feature of the new device is that it comes with a 5 MP front camera that allows users to take high-quality selfie pictures.

On the inside the Galaxy Grand Prime is a mid-range phone with decent specs. The device features a 5-inch sensor TFT display that works at qHD resolution (960 x 540 pixels), a quad-core Qualcomm Snapdragon 400 (MSM8926) processor at 1.2 GHz, Adreno 305 graphics, 1 GB of RAM, 8 GB of internal memory, a microSD card slot (up to 32 GB) and a rear 8 MP camera. Just like every other smartphone the Galaxy Grand Prime also has 802.11n Wi-Fi, Bluetooth 4.0, a GPS receiver and a 2600 mAh battery.