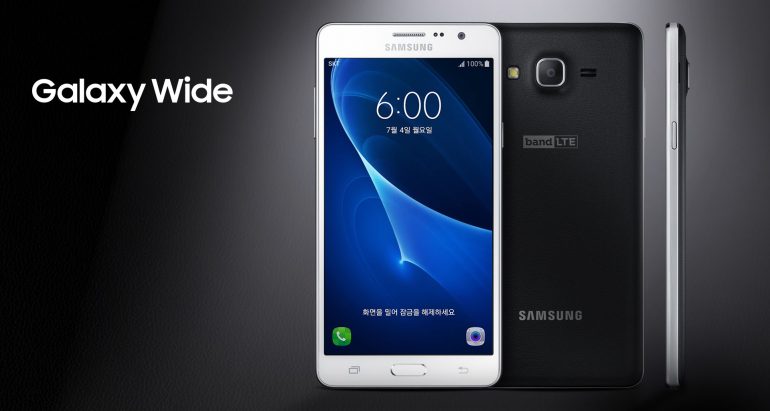 Samsung has presented another smartphone (are you really surprised?) that goes by the name of Galaxy Wide. The device is a budget one but it should find customers in South Korea, where the Galaxy Wide will sell. It is unclear as of now if the smartphone will visit other countries, though.

The Galaxy Wide features a 5.5-inch sensor display that works at 1280 x 720 pixels and hides a Snapdragon 410 processor. The handset is equipped with 2 GB of RAM and has 16 GB of internal memory as well as a microSD slot for expansion. A 3000 mAh battery powers the hardware and its capacity should be enough to provide power for extended periods of time. The specs list ends with a 13 MP rear camera and a 5 MP front one. The Galaxy Wide is based on Android 6.0 Marshmallow.

In South Korea the Samsung Galaxy Wide will sell for USD 276.