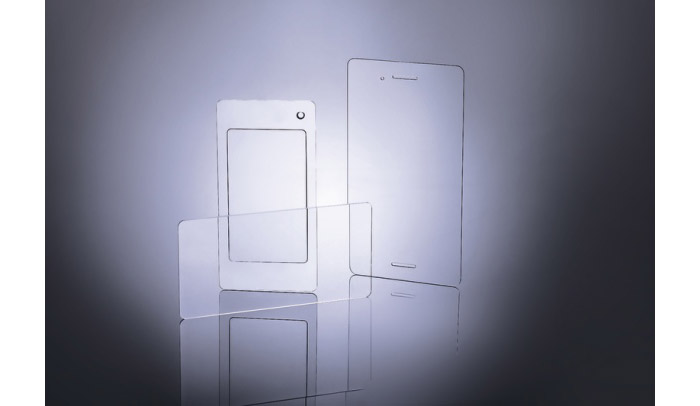 The upcoming Mobile World Congress 2013 may see the arrival of the first see-through smartphones courtesy of the efforts of Polytron Technologies – a Taiwanese company that has developed a technology, which allows the production of glass smartphones.

Unlike most modern smartphones that come encased in plastic and metal Polytron Technologies suggests that smartphone makers use glass to make their products transparent. This is not impossible – in fact the company has already demonstrated a prototype phone, which was not functional at the moment of presentation. Still, the technology is pretty advanced and makes use of nearly invisible wiring and specially designed glass to create a see-through smartphone that looks really terrific.

The downside of the new technology is that not all parts can be made transparent – the battery, the memory card and the camera are still visible but all other parts including the display are translucent. The technology is so mature that Polytron’s general manager Sam Yu expects the first devices based on the technology to become market ready by the end of 2013.

So get ready for transparent smartphones in the near future!